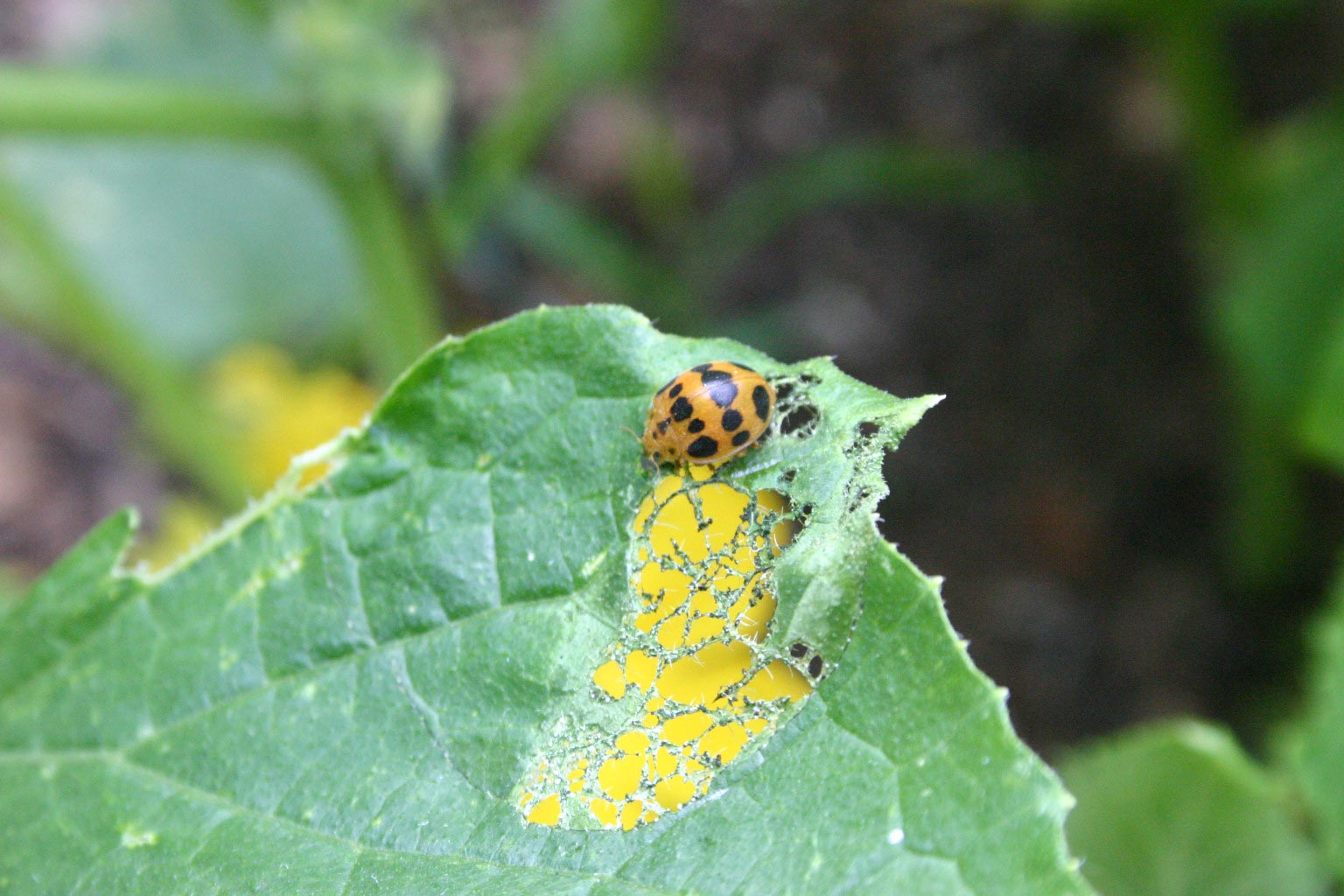 Q: I found this insect on my squash but it doesn’t look exactly like a ladybug. What is it?

A: It’s a squash beetle, Epilachna borealis. This beetle and its larvae love to eat the leaves of squash and cucumbers. Control by mashing with your gloved fingers or spraying an insecticide labeled for vegetables.

You might also spot bright yellow, bristly things that are beetle larvae. Both larvae and adults feed on squash, bean and pea leaves, leaving large, tattered holes in the leaves. The adults are one of the few harmful members of the lady beetle family, which they closely resemble.

Note that there is a similar insect called the Mexican bean beetle, Epilachna varivestis. This insect has 8 spots on each wing cover rather than the 7 you see here.

Unless you have a big garden, hand picking is your best option. The eggs are orange-yellow, similar in size to a grain of rice, and found in clusters on the undersides of bean leaves.

You can spray individuals with spinosad (click for sources)

but if you can hit them with spray, why not just pick them? You could also buy parasitic wasps, Pediobius foveolatus, at online stores but they are expensive.

I found a good guide to identifying lady beetles at Lady Beetles of Kentucky.