Why Do Men Have Nipples? 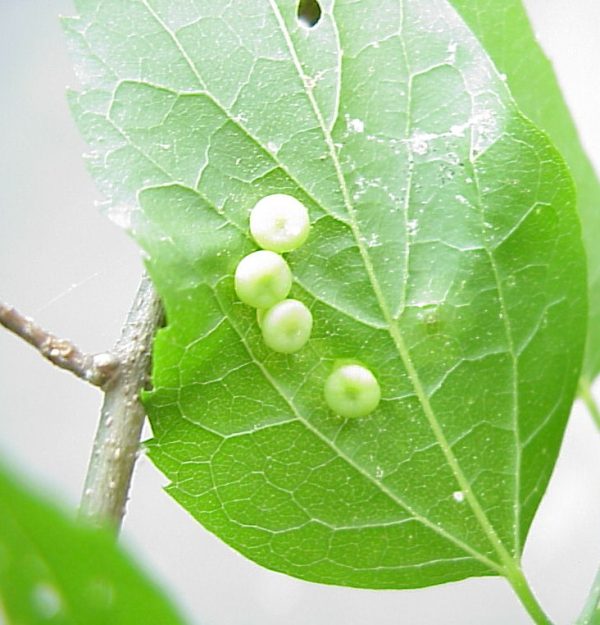 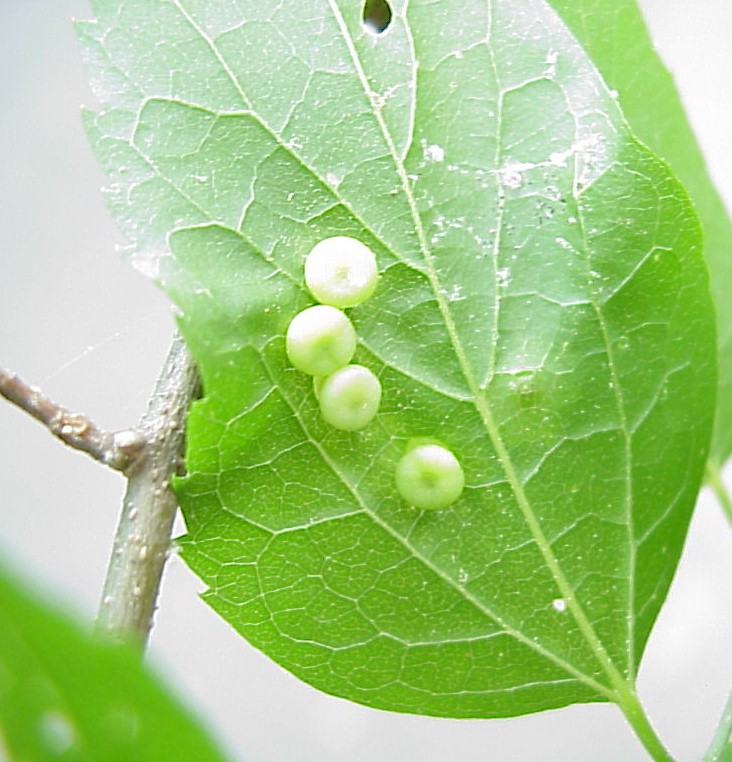 Great thinkers, from Aristotle to Darwin, have pondered this question. Susan McCarthy at Salon.com has answers:

Why do men have nipples? To prove they’re mammals, obviously. The distinguishing features of mammals, from whales to mice, are two: having hair and suckling their offspring. This gives us the notorious sentence that demonstrates why our pronouns need overhauling: “Man is an animal who suckles his young.”

Clearly, if men didn’t have nipples, to demonstrate their theoretical membership in the La Leche League, we could only identify them as mammals by their hairiness. And where would that leave bald guys? What are they, reptiles?

There are some male mammals without nipples, a fact I was alerted to by Aristotle, who wrote “Such, for instance, is the case with horses, some stallions being destitute of these parts.”

Since Aristotle’s medical facts were sometimes a bit wobbly — he said cabbage cures hangovers — I called an equine veterinarian. “I have never seen a stallion with nipples,” she declared flatly. “And I have looked around down there.” As far as I know, she’s never seen a bald stallion, either, so that’s how they avoid being called reptiles.

The veterinarian pointed out that a mare’s two nipples are located toward the tail end of the body, as opposed to the chic head-end location in humans. This, she daintily hinted, might be why stallions don’t exhibit nipples. “There’s no room.”(She’s wrong: stallions DO have nipples.)

These shocking facts sent me on a quest for other data on animal nipples or, as medical types have long preferred to say, mammae. Male nipples? Mammae masculinae. (If you need to be even more obscure you can also call a nipple a mamilla or a thelium.)

My mother, when I told her of my research, may have been hinting that there were more hard-hitting stories I could be working on by bringing up the folk analogy “as useless as tits on a boar hog.” My research appears to indicate that boar hogs do in fact have tits. Which they are not known to use.

Not only do male platypuses not have nipples, neither do females. The milk simply flows out through pores and is licked up by baby platypuses. And while platypuses are not actually categorized as reptiles, you’ll notice that people are always talking about how “primitive” they are and making fun of their noses.

I would have assumed that nipples were only available in even numbers had I not learned that female possums, for example, have between seven and 25 nipples. The delightful Virginia opossum, which inhabits the middles of American roads and highways, usually has 13, efficiently arranged in an open circle with one in the center. This information should not tempt you to snicker and point the next time you see a possum: They also have 50 teeth.

Most mammals, however, stick to even numbers of nipples, and often the males get to have them too. In addition to boar hogs, dogs, cats, all primates and many other animals feature the mamma masculina.

It seems that human embryos develop mammary tissue before they bother to check on whether they’re going to be male or female and start modifying the basic plan with surges of this or that hormone. After only a few weeks, milk ridges form — two stripes of tissue that start in the armpits, curve out over the chest, go straight down the stomach and then veer in toward the groin, ending somewhere high on each thigh. Later the milk ridges regress to some extent, usually leaving us with just two nipples.

Quite a few people end up with an extra, or supernumerary nipple somewhere along the trail of the milk ridge, however. (One man had five.) Sometimes they can’t be mistaken for anything but a nipple, and other times they look like a mole. In fact, many people with supernumerary nipples don’t know they have them until some officious and informative person starts examining their moles. Extras often run in families — Darwin cites two brothers who each had a supernumerary nipple. Anyone who thinks that’s weird should immediately leave the room and go check his or her torso for moles. How do you know you’re not head-to-foot extra nipples and we’ve all just been too polite to mention it?

What of male nipples as erogenous zones? You know they are, or why would they be banished from the chest of Ken? (To avoid inflaming Barbie.) I have looked into the matter of G.I. Joe: I never owned a G.I. Joe, though I recall liking his accessories, particularly the canteen. (Don’t take that the wrong way. Sometimes a canteen is just a canteen.)

I asked a friend, who indicated with some annoyance that her childhood G.I. Joes were just as smooth-chested as Ken. But it seems that over the years G.I. Joe bulked up, and from being an average Joe with an average physique became an eerily burly muscle man who apparently never leaves the gym except to go to the rifle range. Somewhere along the line some G.I. Joes acquired nipples to go with their superior muscle definition and popping veins. The effect is not particularly erotic: I suspect they’re just there to give the viewer a reassuring landmark among all the unfamiliar ripples of the bodybuilder’s torso caused by out-of-control delts, pecs, abs, intercostals and other oddities.

(In addition to the mute testimony of dolls, many actual men state emphatically that male nipples are erogenous zones.) Of course, the principal reason for the nipple’s enduring popularity is its function as a food delivery device. Ask any baby. Ask any father who has held his child in his arms and suddenly had said infant jerk its head to the side and latch optimistically onto a nipple. After a moment, the baby gives the father the reproachful look of an innocent child betrayed: You’re no fun!

Darwin, who thought about everything, naturally wondered about nipples. He collected case reports of men and women with extra nipples (which he called mammae erraticae), including the case of a woman who allegedly nourished a child via an extra nipple on her thigh. (Why? Why not use the ones on her chest? Pure showboating, that’s my guess.) This led him to suspect that we are descended from creatures with more than just the two mammae.

He also pondered male nipples. In “The Descent of Man,” Darwin suggests the possibility that “long after the progenitors of the whole mammalian class had ceased to be androgynous, both sexes yielded milk, and thus nourished their young; and in the case of marsupials, that both sexes carried their young in marsupial sacks.”

Darwin defended mammae masculinae: “The mammary glands and nipples, as they exist in male mammals, can indeed hardly be called rudimentary; they are merely not full developed, and not functionally active.” He suggested that ancestral males gave up the practice of nursing, after a prolonged period, perhaps because litters were smaller. When “the males ceased to give this aid, disuse to the organs during maturity would lead to their becoming inactive; and … this state of inactivity would probably be transmitted to the males at the corresponding age of maturity. But at an earlier age these organs would be left unaffected, so that they would be almost equally well developed in the young of both sexes.”

Surely this is why everybody loves Darwin. Who else was thinking up ancestral father animals suckling pouches full of thirsty babies?

I asked mammalogist Douglas Long, collections manager for ornithology and mammalogy at the California Academy of Sciences, whether there’s any new thinking on this particular suggestion of Darwin’s. “Unfortunately, the fossil record doesn’t give much of a clue at all,” Long said. “It’s very intriguing.”

While there’s no evidence to refute or support Darwin’s hypothesis, Long points out that of the thousands of species of living mammals, “Not a single one has a male that is able to lactate in any way.” Why all the male nipples, then? Long cites the embryologic process that creates mammary tissue and also notes that, evolutionarily speaking, “It’s a lot more difficult to lose an organ than develop an organ … It could be that males still have nipples because there’s nothing deleterious about nipples. There’s no real need to get rid of them. Why do we still have toenails, for example? Other animals use them for digging, scratching or fighting, but we don’t. They’re useless but at the same time they don’t distract from the business of living.”

Pigeons and a couple of species of fish do something similar to suckling their young, a task they split down the middle. Male and female pigeons and doves feed their nestlings “pigeon’s milk,” a cheesy substance they manufacture in their crops. Discus and orange chromide fish feed their young with a nutritious mucus from the sides of their bodies.

(Which reminds me. I do not want to hear about the breast being just a modified sweat gland one more time, OK? That was a long time ago and it was a pretty radical modification. Milk isn’t sweat. Do you ever hear people say “the sweat of human kindness,” “She rode a sweat-white horse” or “got sweat?” There’s a reason: Milk is different from sweat. Until I hear you describe your hand as a modified flipper, there will be no more talk of sweat glands.)

Dr. Miriam Stoppard, author of “The Breast Book,” agrees with Darwin that male nipples are more than rudimentary, cheerfully suggesting that “men could develop fully functional breasts given the right hormonal conditions.”

That’s right. If men would just submit themselves to an intense barrage of hormone therapy, affecting every organ system of the body in unknown ways, maybe they would be able to suckle their young and throw off the charge of reptilianism once and for all. But where is the research? Where is the funding? Where is the will?

Whither the male nipple? Is it ever likely to stomp off in an evolutionary snit over not getting any respect (“Enough about boar hogs!”) and leave male humans as smooth-chested as stallions or bulls? It seems unlikely. They’ve managed to hang in there all these millennia, and many guys speak well of their nipples and would clearly vote to retain them. Ask any boar hog and he’ll tell you the same.