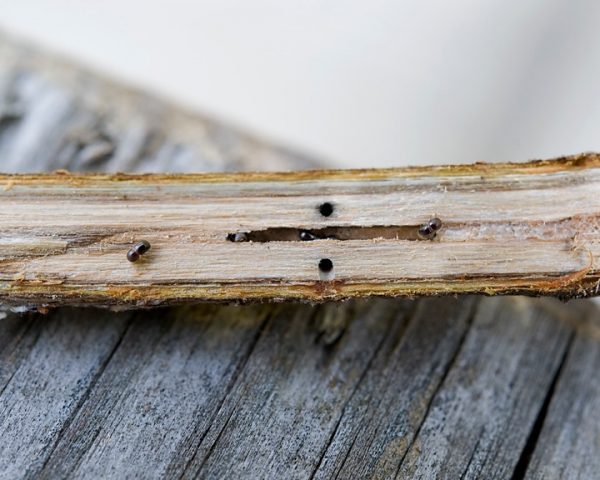 Q: My 5+ year old sweet bay has some dead branches. When I cut open the branch there were small black beetles inside. Do you have an idea what is going on?

A: I’m seeing more and more example of black twig borer damage, which I think is what you have.

Shawn Walls (www.gardenmason.com) says “Oakleaf hydrangea specimens that are attacked thoroughly look as though they’re succumbing to phytophthora, and in some case I wonder if the phytophthora might be the stressor that invites the beetles. I’ve seen frass tubes on them and other hydrangeas, as well as bottlebrush buckeye. I’ve also seen it on American boxwoods, a sapling nyssa, and a grandfather tulip poplar.

UGA horticulturist Matthew Chappell says: “Here is the key. The borer will enter the stem 6″ to a few feet from the tip – when twig size is about the size of a pencil to pinky size (I have never seen it on stems greater than 1″ diameter) yet is hardened off/is hardening off (not softwood or early semi-hardwood stage). It will create a chamber that creates a weak spot in the twig and the twig will fail at that point – yet typically be held onto the plant loosely by the remaining bark. Rarely do you see dieback past the point of entry. So what you end up with in severe infestations is something that looks like the plant was tip pruned by hand snapping a bunch of stems. Very unsightly and unique damage. “

All you can do is prune out affected branches.

These references give more information.