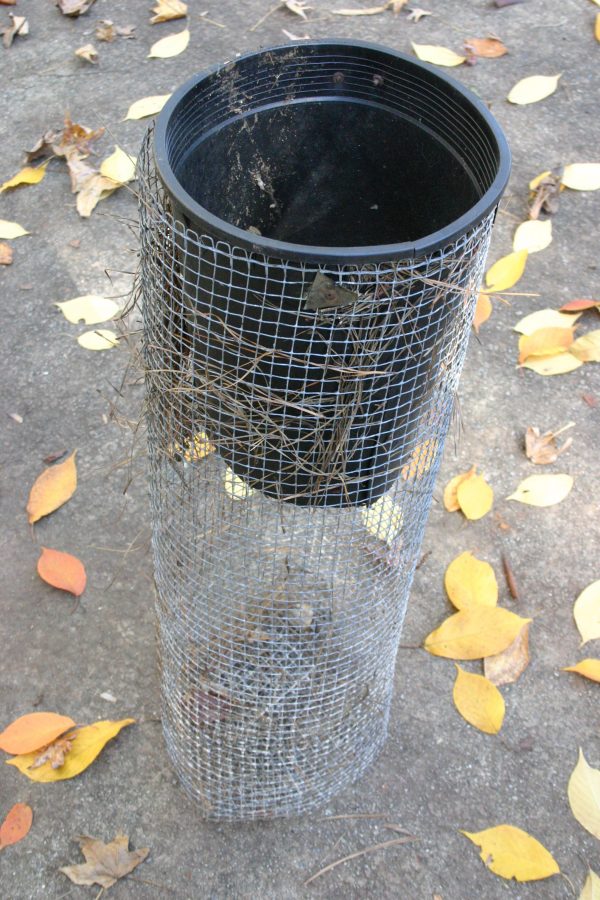 Q: I read recently that the rat population (roof rats in the suburbs and Norway rats in the cities) is exploding. I have always taught people to compost only vegetable and fruit scraps from food preparation: no fat, protein or milk products. I tell people to bury these well in their pile. Now I don’t think that is enough protection. I want to recycle…but so do the rats! Any suggestions?

A: I had a shallow compost pile and the same concerns about rats invading my pile a couple of years ago. I solved the problem by making a thirty-six inch long, ten inch diameter open-ended cylinder out of one-half inch hardware cloth (welded wire). At one end I made eight cuts six inches “up” the tube. Each cut was equidistant around the circumference. This left eight flexible “flaps” which I bent into the center and wired together. This closed up one end of the cylinder.

I then buried the cylinder vertically in the middle of the compost pile and placed a ten inch black plastic pot into the open end of the tube. When I needed to add kitchen scraps I lifted out the plastic pot, dumped the material I had into the wire cylinder and replaced the pot. Any liquid in the food waste quickly drained through the wire.Worms from the center of the pile could crawl into the tube to eat what they wanted. Best of all, Rattus rattus was kept at bay by the wire and plastic pot lid.