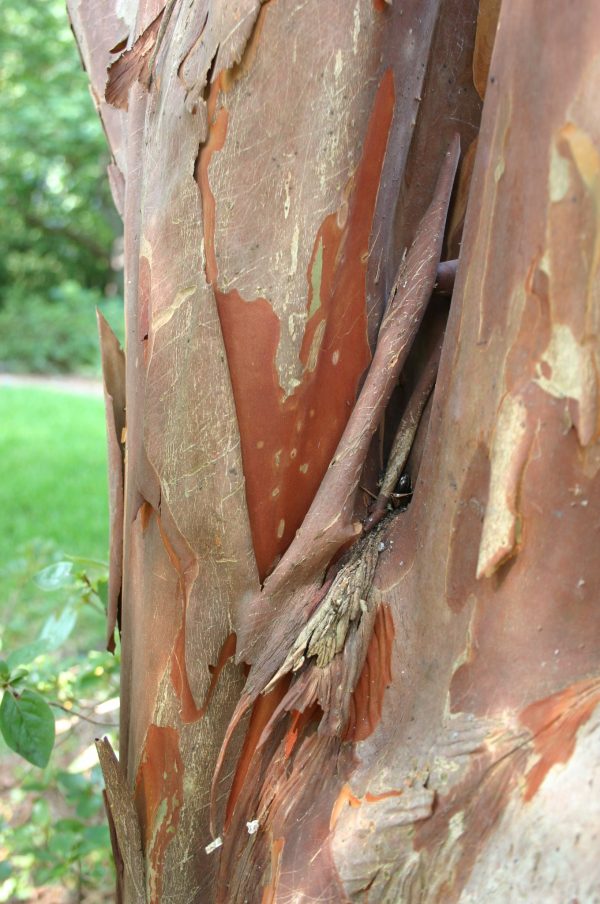 Q: The bark is splitting and falling off our three-year-old crepe myrtle tree. What can I do?

A: This is normal, desired behavior for a crapemyrtle. It’s called bark exfoliation.

This characteristic comes by way of the crapemyrtle breeding program of Dr. Don Egolf. He crossbred Indian crapemyrtle, Lagerstroemia indica, which has pretty flowers, with Japanese crapemyrtle, Lagerstroemia faureii, which resists powdery mildew and has a sinuous trunk character. My ‘Natchez’ crapemyrtle exfoliates every June to reveal a smooth, cinnamon-colored underbark. If you don’t like the look of the bark peelings, you can remove them once they’re completely free from the trunk.

Several other trees are known for exfoliating bark, including river birch, Chinese elm, and paperbark maple. The peeling bark reveals a contrasting color of inner bark, which leads to great winter interest.