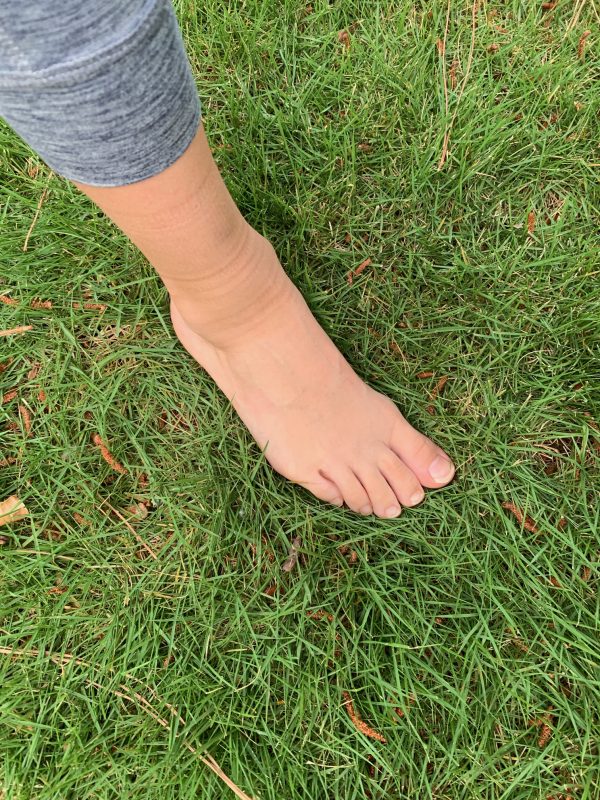 Zoysiagrass (Zoysia species) was introduced into the United States from Asia and grows best during the warm (80 to 95 °F) months of spring, summer and early fall. They grow vigorously during this time and produce a dense, attractive lawn. Zoysiagrass will turn brown with the first fall frost and remain dormant during the winter. Its cultivars are adapted to the entire state and are some of the most cold-tolerant of the warm-season grasses.

These grasses form an excellent turf when properly established and managed. There are several species and cultivars of zoysiagrass available that can be used in differing aspects of the landscape.

Zoysia japonica: This particular species was introduced into the United States in the late 1800’s and is commonly called Japanese or Korean lawngrass. The leaves of this grass are coarse in texture and are a light green in color. This is the only species of zoysiagrass that has seed commercially available. These grasses are typically used for lawns or general turf areas. Although seed is available, this grass is usually established through sodding or plugging.

Zoysia matrella: This species of zoysiagrass is often called Manilagrass as it was introduced from Manila in the early 1900’s. It has a finer leaf texture than Z. japonica, is less cold tolerant, and is a slower grower. It is often used in areas where a high quality and high maintenance turf is desired. The rate of establishment is very slow.

Zoysia tenuifolia: This zoysiagrass will form small clumps giving it a somewhat puffy appearance. It is also less cold hardy, so would be better adapted to the coastal plains of South Carolina. Due to its slow growth habit and its puffy appearance, it is usually used as an ornamental specimen plant in Asian themed gardens.

The zoysiagrasses form a dense, attractive turf in full sun and partial shade, but often thin out in dense shade. Most zoysiagrass varieties grow very slowly as compared to other grasses, and usually are established by sodding or plugging. There are seeded types, but establishment from seed may be difficult and time consuming.

Due to the slow lateral growth rate, zoysiagrass is plugged using plant plugs 2 inches in diameter that are placed on 6-inch centers. This should give a complete cover in two growing seasons or less if properly watered and fertilized. However, it may require several years to cover if not properly maintained.

Meyer zoysiagrass, also called “Z-52,” is an improved selection of Z. japonica. It has medium-coarse leaf texture, good cold tolerance and spreads more rapidly than most other zoysiagrass. This is the zoysia often advertised as the “super” grass in newspapers and magazines. It is susceptible to nematode damage and is discouraged where nematodes are a problem (typically nematode problems are more common in sandy soils).

Belaire is also an improved Z. japonica variety noted for its excellent cold tolerance and medium green color. It has a coarser leaf texture and faster rate of establishment than Meyer. It is susceptible to large patch disease.

El Toro is a relatively new zoysiagrass that was developed in California and looks like Meyer. It is the fastest growing zoysiagrass, tolerates mowing with a rotary mower and produces less thatch than Meyer. It also has an improved cold tolerance and a better cool-season color. Research shows El Toro has an earlier spring green up and more shade tolerance.

Empire zoysiagrass is a medium coarse-bladed cultivar that has a soft to touch feel. It makes an excellent residential turfgrass and has moderate to good shade tolerance. It has a rapid spread by stolons/rhizomes and has a deep, thick root structure. Empire has excellent insect resistance, such as to chinch bugs, and very good disease resistance. This cultivar can be mowed down to 1-inch high by reel mower or to 2-inches high with a rotary mower. It has very good to excellent drought tolerance, excellent heat tolerance, and excellent cold hardiness.

JaMur is a medium-coarse textured zoysiagrass that thrives well in a home lawn environment. It has an attractive green color and is easily mowed with a rotary mower. It also performs well in moderate shade.

Innovation zoysiagrass is a medium-coarse bladed turfgrass with emerald color. It grows well on all soil types and has average shade tolerance. It can be mowed as low as ½ inch with a reel mower or at 2 inches with a rotary mower. It is used for sports fields, golf courses, and home lawns.

Palisades zoysia has a medium-coarse leaf texture with an upright growth habit. This upright growth allows for mowing heights from 3″ down to 1/2″ for applications such as golf tee boxes. Due to the aggressive rhizomes of this cultivar, it will thrive in a wide variety of soil types found throughout South Carolinas. Palisades is suitable in areas with full sun to partial shade.

Zenith is a medium-coarse leaf textured zoysiagrass that is available as seed. It is well suited to the home lawn, although the seeded varieties of zoysiagrass do not perform as well overall as do the vegetative cultivars.

Zenith is planted in late spring to early summer with a seeding rate of 1 to 2 pounds of seed per 1000 square feet. The seed should be very lightly covered with soil by raking. Cover the seeded area with wheat straw to retain soil moisture during the germination period. Water the newly seeded lawn very lightly three or four times per day to keep the seed moist for best germination.

Compadre zoysiagrass is wear tolerant and can be used on golf courses, athletic fields (baseball, softball and soccer), lawns and parks. In the south, Compadre has good shade tolerance while in the cooler areas it needs more sun. Compadre is a popular grass for coastal areas due to its increased tolerance for salt spray. It is also extremely tolerant of high salt concentrations in both irrigation water and soil. Compadre zoysiagrass is available as seed.
Cultivars of Fine-textured Zoysiagrass

Emerald zoysiagrass is a fine-textured hybrid that is possibly the most attractive zoysia. It is well-suited for top-quality lawns where a good maintenance program is provided. Emerald zoysia has less winter hardiness, but more shade tolerance than Meyer. It has a dark green color, a very fine leaf texture, good shade tolerance, high shoot density, and a low growth habit. Emerald will develop excess thatch rather quickly if over-fertilized, and is prone to winter injury northward from the Columbia area.

Royal zoysia is distinguished from other zoysia grasses by its fine texture, high rhizome and tiller density, excellent salt tolerance, shade tolerance, and rapid regrowth and recovery from damage. Although Royal can be mowed as high as 3 inches, it will tolerate lower mowing heights down to ½ inch. It generally has sufficient winter hardiness and is suitable for sports fields, fairways, tee boxes, and home lawns.

Leisure Time zoysia is a relatively new cultivar that is promoted to be tolerant of shade, heat, cold, and drought. It has a medium-fine texture and a dark green color.

Geo zoysiagrass is a fine-bladed turfgrass with dark green color. The feel of the grass is very soft, and it can be mowed to 1 inch with a reel mower or to 2 inches with a rotary mower. It is used on sports fields, golf courses, and for residential lawns. It has excellent shade tolerance.

Cashmere zoysiagrass resembles emerald in appearance and texture but has less of a bristly feel. It has good shade tolerance but lacks good cold tolerance. It is better adapted to the southern coastal regions of South Carolina.

In general, zoysiagrass is slow to cover completely (thus more costly to establish), less drought-tolerant, but more shade tolerant than bermudagrass, and they are recommended for lawn use only when the homeowner is willing to provide the required maintenance.