Dahlia – Dividing Roots and a Guide to Raising 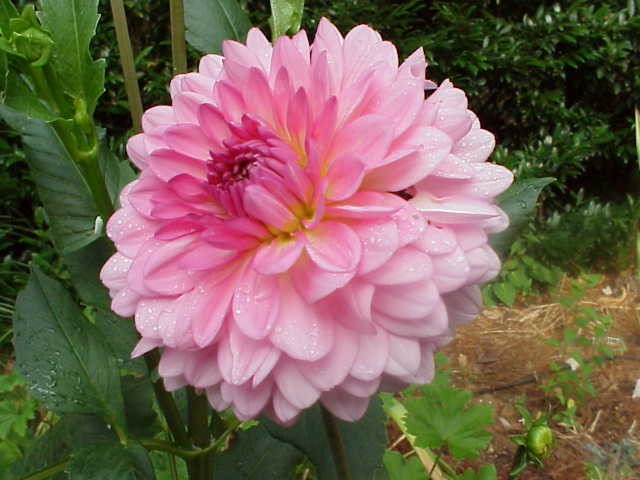 Q: I have two dahlias that have grown well but I need to move them. They are pretty big. I don’t know how to cut them for division. Do I plant the divisions immediately?

A: I’ve had them freeze in winter several times so I recommend that you dig and store them. In contrast, I’ve observed a big clump of them in front of a house a mile away from me that have NEVER been dug and have done just fine for two years.

The plants should be dug in late November if you want to be cautious. Cut off the stems two inches above the swollen tuberous roots. Try not to break apart the tubers. Allow them to dry a few days in your carport or basement. Since you don’t have many, just put them in a cardboard box and cover with peat moss or perlite. Put the box in a garbage bag but do not tie the bag shut; leave the plastic loosely covering the box top. This will allow the roots to breathe but won’t let them dry out badly.

Next spring, wait until night temperatures are above 60 degrees F. before planting the roots. Those that have sprouts coming from them can be cut from the original clump and planted individually. You should fertilize them at planting and again in late June.

ON THE OTHER HAND, THE DAHLIA SOCIETY OF GEORGIA SAYS THERE IS NO NEED TO DIG ROOTS.