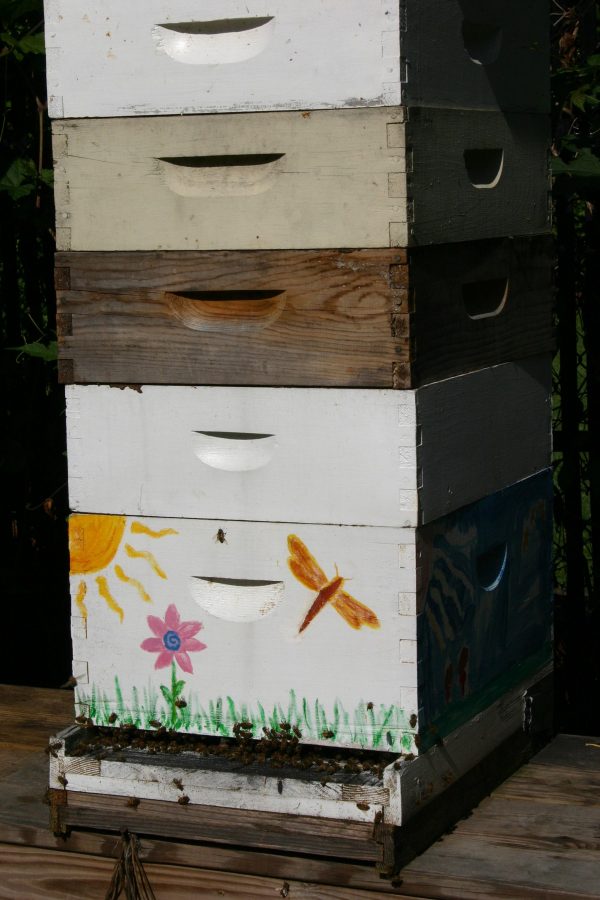 Q: I’m having terrible allergies this year and I’m being forced to stay indoors. I’ve been told to find locally grown raw honey to eat daily. Where could I get some?

A: Although this is widespread homespun advice, the allergy fighting effect of local honey is not proven. In one study, participants were given local honey, commercial honey and honey-flavored corn syrup. No difference in their spring allergies was noted. On the other hand, I want to support local beekeepers. See www.gabeekeeping.com for local honey sources.

Among allergy sufferers, there is a widespread belief that locally produced honey can alleviate symptoms — the idea being that the honey acts like a vaccine. Bees that jump from one flower to the next end up covered in pollen spores, which are then transferred to their honey. Eating that honey — just a spoonful a day — can build up immunity through gradual exposure to the local allergens that can make life so miserable for allergy sufferers.

Or at least that’s the thinking behind it. But when University of Connecticut Health Center researchers did a test, they found that the honey had no such effect.

In the study, published in the Annals of Allergy, Asthma and Immunology in 2002, the scientists followed dozens of allergy sufferers through the springtime allergy season. The subjects were randomly split into three groups. One consumed a tablespoonful daily of locally collected, unpasteurized and unfiltered honey; another ate commercial honey; and a third was given a corn syrup placebo with synthetic honey flavoring.

After tracking the subjects’ symptoms for months, the scientists found that neither of the honey groups saw improvements over the placebo group.

Dr. Stanley Fineman, president-elect of the American College of Allergy, Asthma and Immunology, said he has seen a growing number of patients ask about local honey. “Seasonal allergies are usually triggered by windborne pollens, not by pollens spread by insects,” he said. So it’s unlikely that honey “collected from plants that do not cause allergy symptoms would provide any therapeutic benefit.”