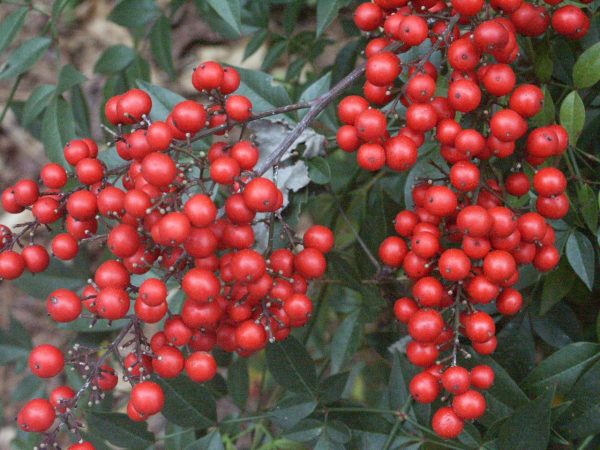 Q: Did you know that nandina berries are poisonous to cedar waxwings? Should I pull mine out?

A: Two recent observations of mass death among cedar waxwings were followed by a veterinary necropsy. The doctors found huge amounts of nandina berries in the cedar waxwing birds’ crops.

It seems to me that the problem is more the gorging nature of the birds’ feeding than the poisonous content of nandina berries. Other birds, including robins and mockingbirds, consume nandina berries but I don’t see any bird carcasses around my own nandina bushes.

Cedar waxwings have been poisoned by holly berries as well.

I note that the nandina poisoning phenomena had never been reported before this news article….and a one- or two-time occurrence is not usually enough to justify a call to eradicate all indicted plants.

I’ll leave it up to you to decide if this is a major worry or not.