Crapemyrtle – Correcting a Poorly Pruned One 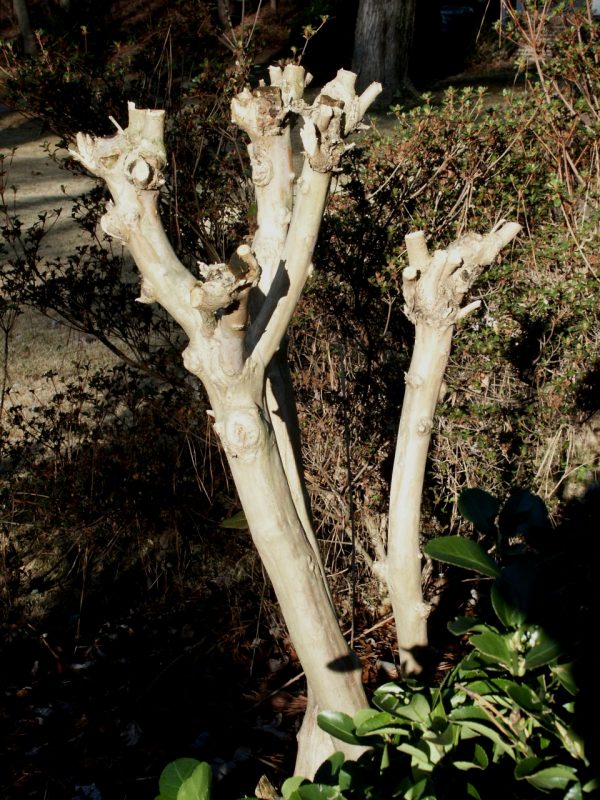 Q: I have a poorly pruned crapemyrtle that has the knobs on the ends. The knobs are rather large from years of the poor pruning. Would you recommend cutting the knobs off? If not, what do you recommend?

A: You have two choices. Either may take a couple of years but the job is not too hard to accomplish.

1. Cut the stem(s) just below each knob in winter and then wait for sprouts to appear in April.

Select two or three vertical sprouts to keep and remove the rest in May. The crape will look pretty good by September but you may need to do a bit of shaping and superfluous sprout removal the following spring.

Over the next couple of years you’ll have a nicely formed crapemyrtle.

2. Cut the crapemyrtle all the way to the ground.

Allow new shoots to develop around the stump. There will be several but let them all grow for one season (spring through late fall).

In December remove all but 3-4 of the straightest, strongest stems. Use bamboo stakes to support them through the next growing season. 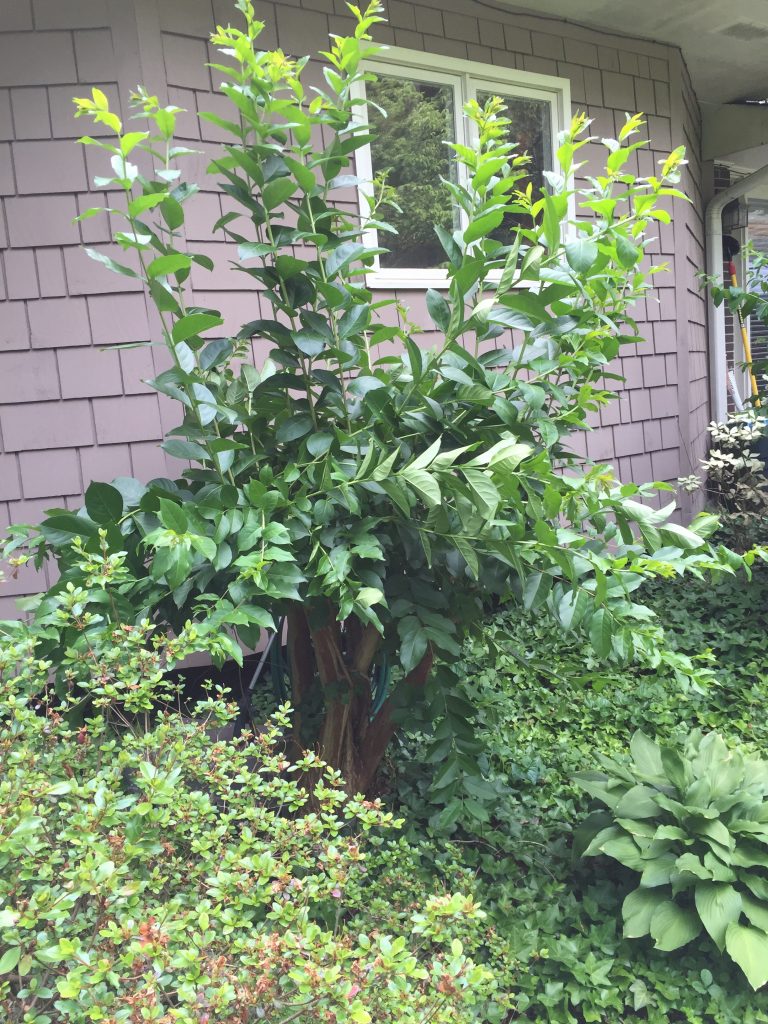 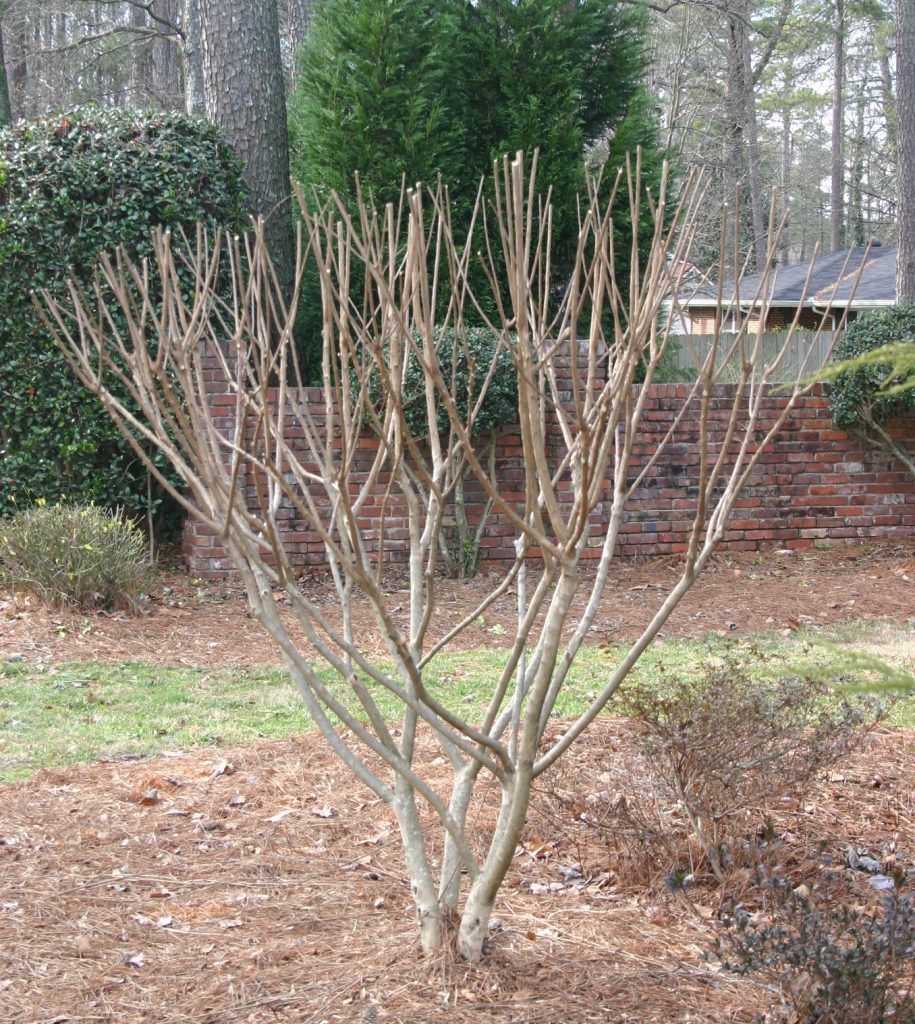