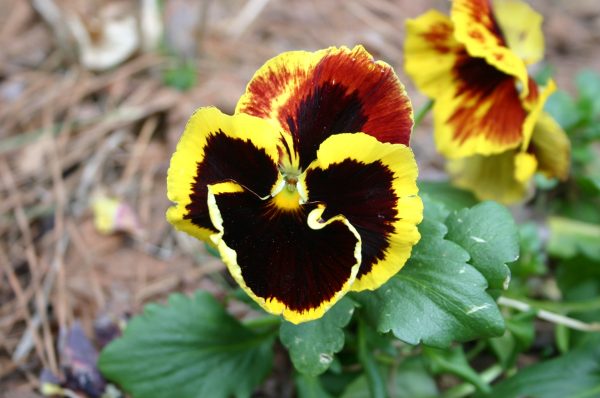 Q: I want to revisit the continuing saga of how to fertilize pansies in the winter. You have written and mentioned on the radio that pansies should be fertilized with any product that has a moderate concentration of “nitrate” nitrogen. I have seen a product called “Nitrate of Soda” at my local garden center. Would this be the best fertilizer for pansies?

A: You’re correct that I have recommended nitrate nitrogen for pansies in the winter. In cold soil conditions, pansies are able to use nitrate more easily than other sources of nitrogen. But I don’t mean to imply that pansies will die if they don’t get nitrate – only that “nitrate” nitrogen makes more sense in the winter.

Let’s face it: you can survive on raw fruits, grains and vegetables – but they are much easier to digest if they are cooked first. The same analogy applies to fertilizing pansies with non-nitrate fertilizer versus using nitrate fertilizer.

Now for your question about nitrate of soda. I posed it to two horticulturists at the University of Georgia, Dr. Paul Thomas and Dr. Tim Smalley. They replied thusly: “It all depends on your soil.”

You see, the chemical in this fertilizer is sodium nitrate. The nitrate is good for plants – but the sodium is bad for your soil, particularly if it has lots of clay. Once a plant has taken up the nitrate part of the molecule, lots of spare sodium is left in the soil. The sodium ions make clay particles pack tightly together – just the opposite of what you want to happen in your garden.

On the other hand, if your soil is mostly composed of compost and sand the sodium is unlikely to make much difference. In this case you could use the sodium nitrate at a rate of six tenths of a pound per 100 square feet of pansy bed. The good news is that fertilizer manufacturers have sensed the need for a special nitrate-containing pansy fertilizer; it should be available at most nurseries.