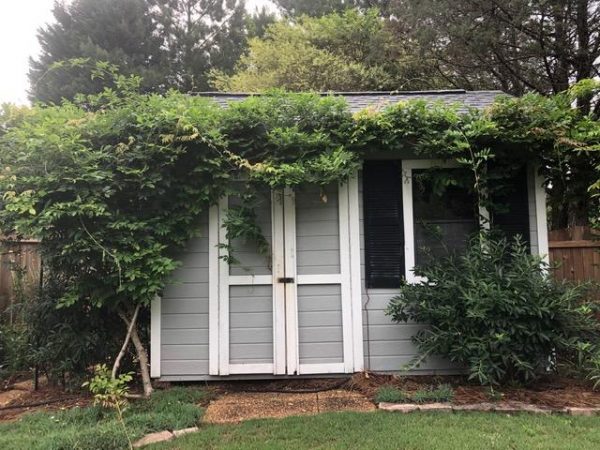 Q: I need advice on pruning wisteria. These limbs are twenty feet long but they produce blooms very lightly every summer. Do I prune in winter or summer?

A: Both! At the end of each growing season your vine will have lots and lots of long, thin, springy growth, called whips. Before new growth begins in spring, cut all of the long whips on your vine back to three buds. In other words, on each whip count three buds from where the whip originates and make your pruning cut one-half inch beyond the third bud.

This should produce lots of flowers in early summer.

To get even more blooms, you need to do a summer pruning. Ideally this would be done in August, leaving enough time for the vine to put out new leaves but not enough time to grow rampantly.

For the summer pruning, we will count buds once again. This time, count six buds from the origination point of each whip. Make your cut just beyond the sixth bud.

Allow your vine to grow any way wishes until cold weather causes leaves to drop. Then do the winter pruning in January or February as described above.

And here is more about summer pruning.

Be sure to get back to me with your results!