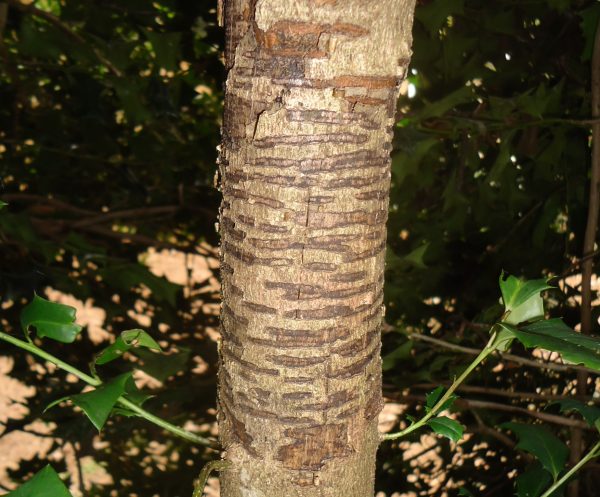 Q: I have a row of ten foot tall ‘Nellie Stevens’ hollies. Last summer I noticed severe yellowing of the leaves on two of them. Recently I crawled under these large shrubs and discovered on the trunks concentric rings where something had chewed the bark away. The rings are three to five inches wide and four feet off the ground. They appear to have scar tissue around them. What can I do to save these beautiful plants?

A: If the scarring was close to the ground, it might be vole damage, but voles don’t climb that high. Instead, I think a flying insect is the culprit, most likely European hornet, Vespa crabro.

Both hornets and wasps strip soft bark from healthy plants to use in making their nests. European hornet goes so far as to feed on sap released by their chewing. A European hornet resembles a cicada killer wasp but is wider and has more hair on the thorax and abdomen. It nests in hollow trees, as compared to the bald-faced hornet, which builds its paper nests in trees and shrubbery.

I can’t think of anything you could do to prevent future attacks. Water and fertilize your hollies appropriately to keep them as healthy as possible. 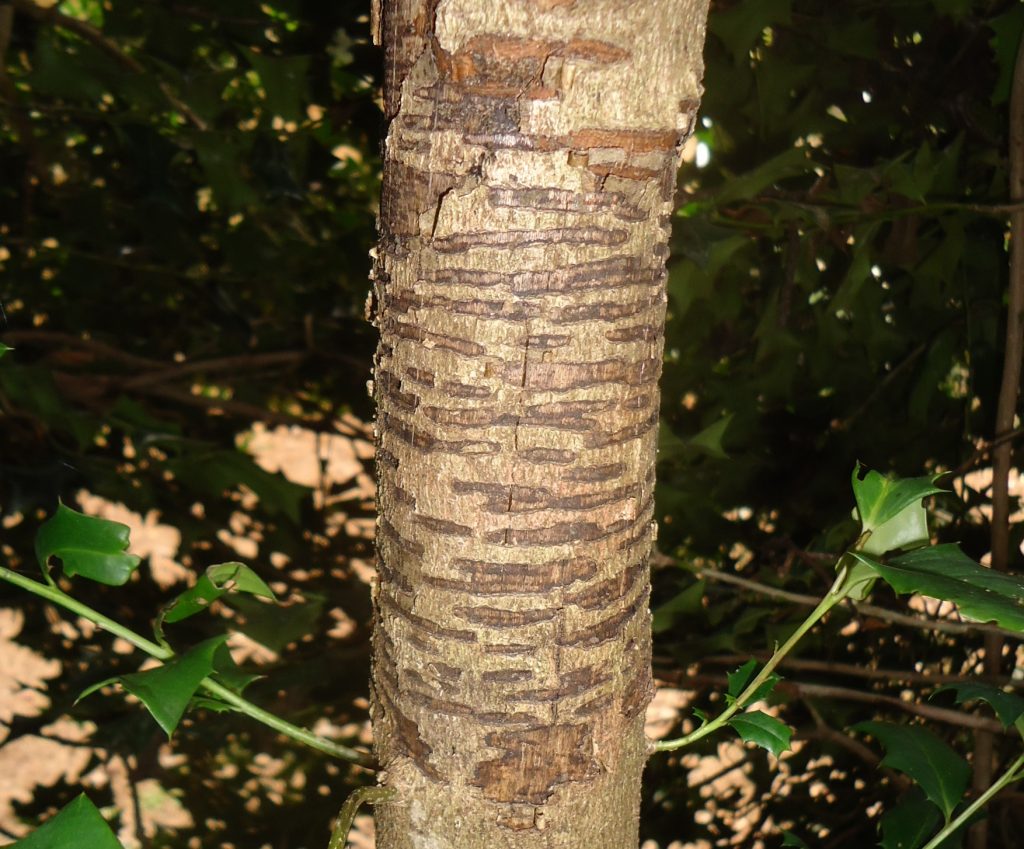