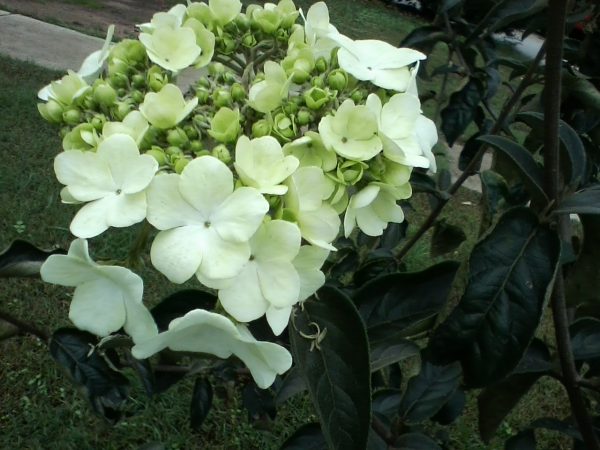 Q: I planted a snowball bush three years ago. It bloomed beautifully this spring. This fall it started blooming again but instead of snowballs it looks just like a lacecap hydrangea. How could that happen?

A: It’s lovely for me to learn something new!

In this case, I learned that snowball viburnum, Viburnum macrocephalum, can have two flower forms. The big white flower balls you see in spring are composed of sterile florets with few or no fertile flowers inside the ball.

But it turns out that snowball viburnum can flower twice in a year and the second flowering can produce flowers that have sterile florets on the outside edge and fertile florets in the middle…a classic “lacecap” appearance. This fertile form is called Viburnum macrocephalum f. keteleeri. It’s not a different species, just a different flower form on the same plant.

So that is what you are observing on your viburnum.