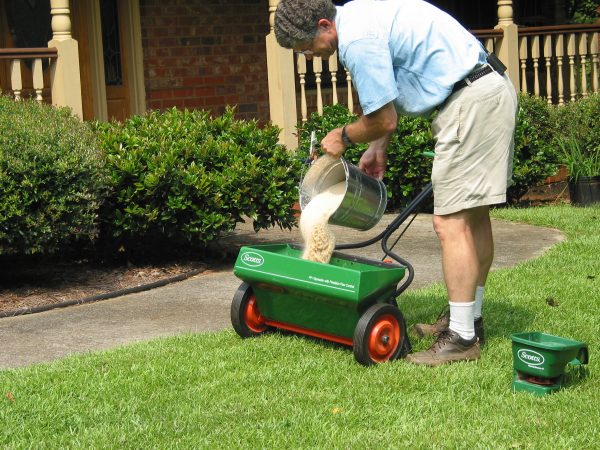 Q: My lawn company wants to apply urea fertilizer to my bermuda lawn in January. Isn’t this too early?

It’s best to withhold any nitrogen application to warm-season turfgrass species until soil temperatures at the 4 inch depth are consistently 65 F and rising.  This recommendation is agronomically and economically sound.

The more complex forms of urea (e.g. IBDU, sulfur coated urea, other long-chain forms) will persist longer in cold soils than straight urea.  It is the soil enzyme urease that breaks down the urea and that reaction is less temperature dependent than other processes that require microbial activity.  Urea hydrolysis proceeds rapidly in warm, moist soils, with most of the urea transformed to ammonium in several days.

So as we get periodic warm periods in the winter and early spring, any straight urea applied would be quickly lost.  There would be minimal uptake if soil temperatures are not conducive for root growth by the turfgrass. Fertilizing in late-winter or early-spring could pose more harm than good by stimulating early growth.