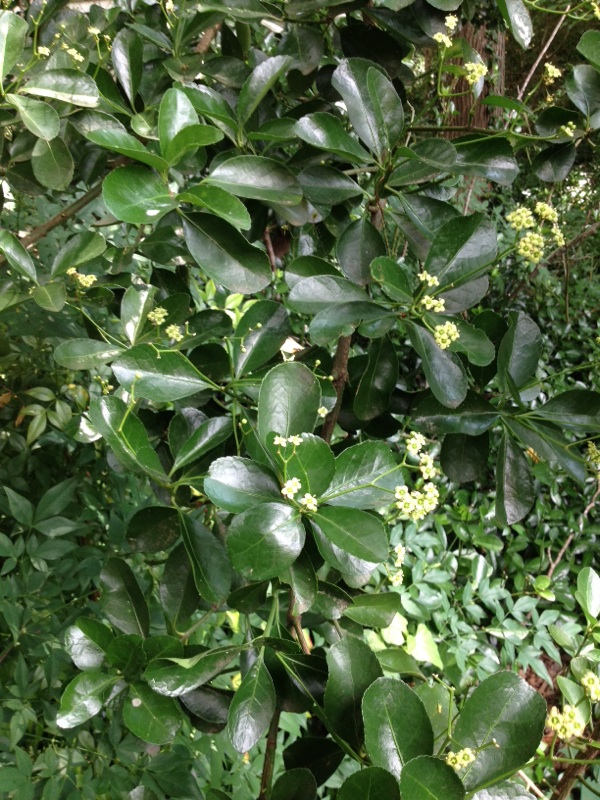 It is growing on the north side of the house under mostly shade from poplar trees and sweet gums. The new growth stems are almost dark olive green and it has the tiny clusters of flowers that bloom from time to time. It seems to be fairly fast growing and sends out long “runners” similar to the way an untended privet hedge does if you don’t keep it trimmed.