Azalea blooms are only a memory in June but there are still things to do for their care. If the shrubs are threatening to grow too tall, now is the perfect time to remove some of the taller branches. Use a hand pruner rather than hedge trimmers to retain their natural look. Azalea lace bugs are also dining on shrub leaves. Don’t let them make a cafeteria out of your spring-blooming favorites!

The adult lacebug is barely one fourth inch long, with transparent wings. It feeds on the underside of azalea leaves, sucking juice from the leaf cells. If the lacebug population is allowed to grow unchecked, the azalea will appear yellow from loss of chlorophyl. Individual leaves will be speckled green and yellow.

June is a great time to control the first few generations of lacebug larvae and adults. Insecticidal soap, horticultural oil, neem oil and most synthetic insecticides will kill the insects. The key to good control, though, is thorough coverage. Use a garden sprayer and pump it up vigorously.

When spraying, point the spray wand up from beneath so the undersides of the leaves are covered with spray. It is easier to manage azalea lacebugs now than it will be in August! 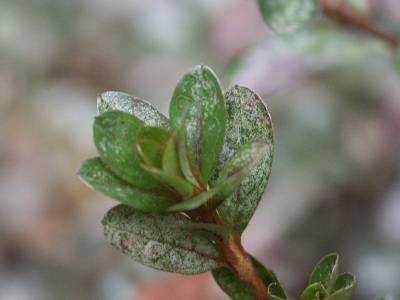 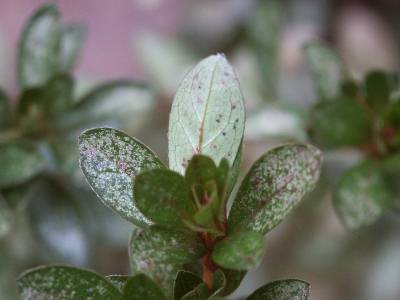