The recent summer rains filled the leaves and roots of my hydrangeas with water, making them strong. Now that the flowers have faded in late June I can prune them to the size I want for next year.

Look at the photos below to see before and after shots. I tried to make each cut just above two buds or two opposite leaves.

Note that I left several shorter limbs untouched. These will harden this fall and, barring extreme winter temperatures, will be the limbs most likely to make blooms next year.

There will be lots of new growth between now and October. Many of the resulting branches will also be able to mature and become capable of blooming next year.

It took only thirty minutes to do the chore but I hope to have lots of pretty flowers next May/June! 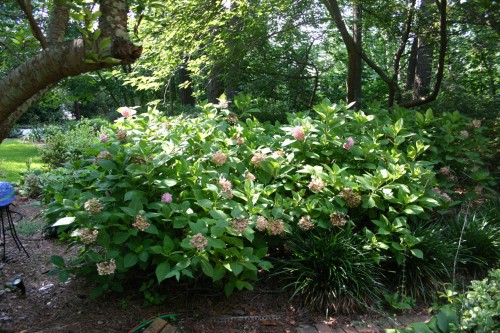 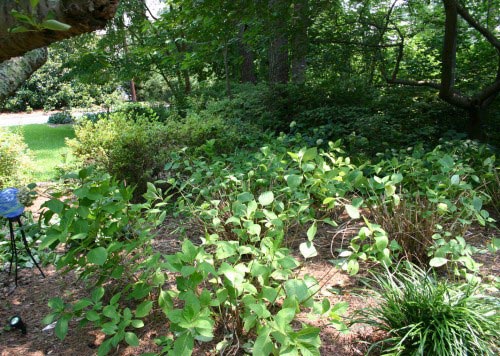 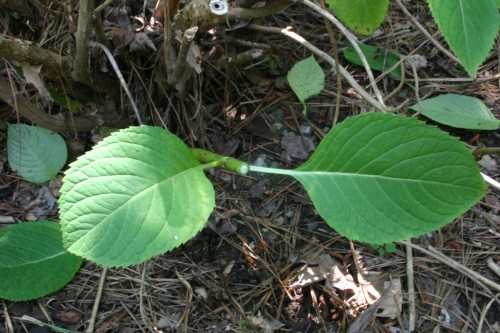 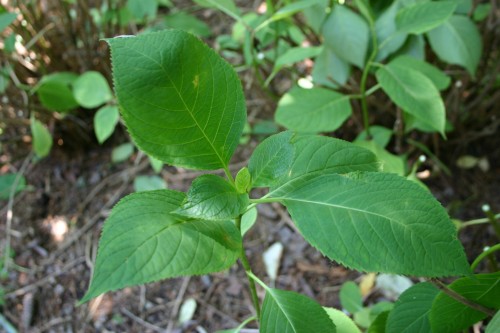 many short limbs were left intact 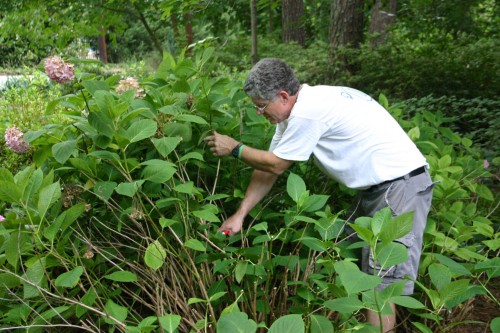 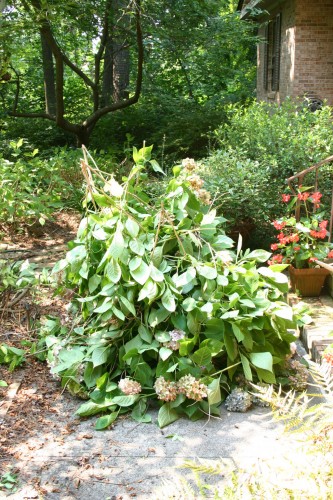 the limbs I removed!