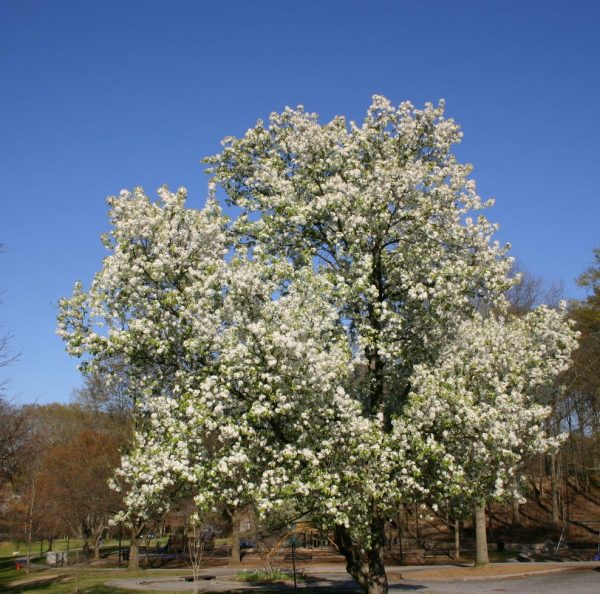 Q: I want to plant some flowering pears in my yard to provide cover from houses across the street. What do you recommend?

A: I’d look for ‘Chanticleer’ or ‘Aristocrat’ flowering pear. ‘Bradford’ pear is commonly sold but it has a weak branch structure that causes limb breakage after a dozen years. The two I recommend differ somewhat in form so do some research before planting. The best time to plant trees is in fall. There is a new dwarf flowering pear, Pyrus calleryana ‘Jaczam’, that you might also consider.