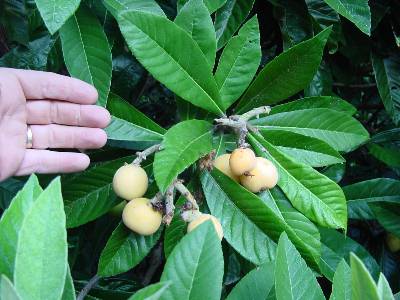 Q: I know that loquat trees are hardy enough to fruit in southern and coastal Georgia, but do you know a loquat cultivar that will fruit in Atlanta?

A: Loquat, Eriobotrya japonica is cold hardy down into the lower ‘teens but the problem isn’t the cold, it’s the tree’s habit of fruiting in winter.

They bloom profusely in October – November and set multitudes of fruit, all of which are usually frozen in January.

I think it would be possible to have one fruit in Atlanta if it were in a very sheltered location but I don’t know of one that has consistently done so.

I received a note from a gardener in Inman Park which had a loquat loaded with fruit after the mild winter of 2005-06 but one near Northlake Mall has fruit only once every ten years or so.