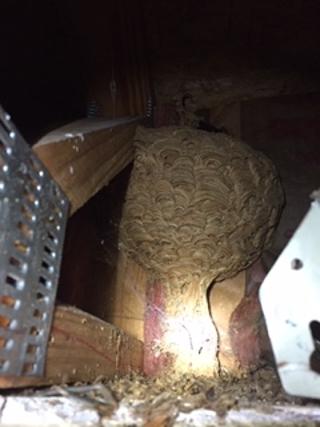 Q: I was changing a vent fan in a bathroom when I found this is the ceiling. Do you have any idea what type insect this is?

A: Let’s use logic and the process of elimination:

1. Southern and Eastern yellowjackets nest in the ground, very rarely in walls or attics.

2. Bald-faced hornets make their home in football-shaped gray paper nests in trees and under eaves. Also, rarely in walls or attics.

Therefore, I believe this is a European hornet nest. QED

Nests of all four insects are only used one year. They are abandoned every fall. Since this one is so large, my guess is that it was built some year previously.

You can remove it or leave it where it is: your choice. 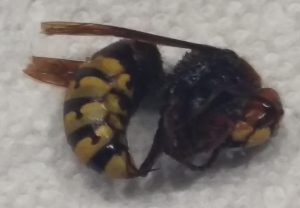 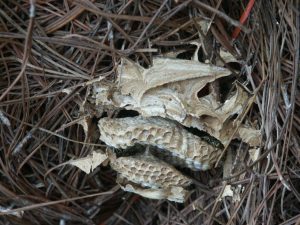 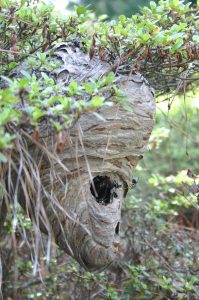