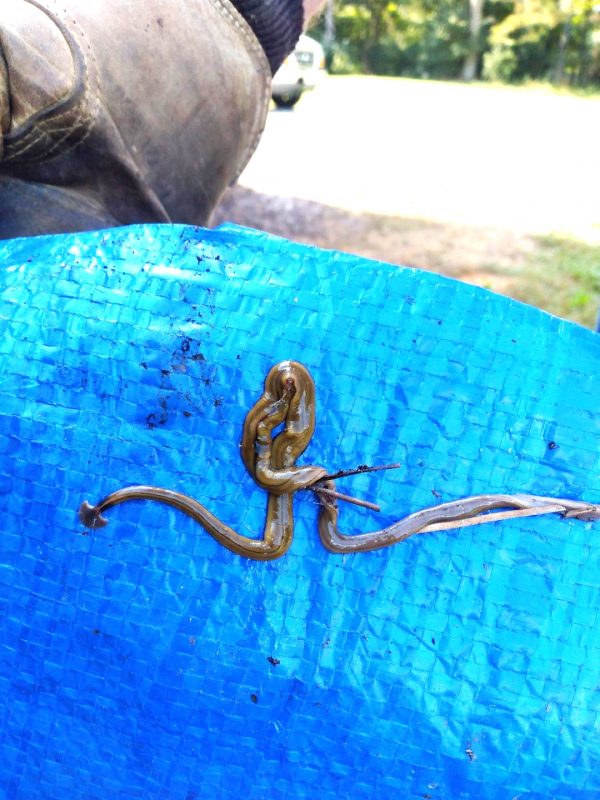 Q: I turned over a rock in my backyard and found the ugliest creature I’ve ever seen! It looked like a slimy earthworm, about eight inches long, and had a flat head shaped like a hammerhead shark. It didn’t move at all. Can you tell me what it is? Is it dangerous?

Q: This worm was crawling on a concrete slab near my back door earlier this summer. Today a coworker brought one in she found in her house. It looked to me somewhat like an earthworm but was flatter, hers had a definite stripe down it’s center and each side.

A: The creature you found is called a soil planaria, probably Bipalium kewense. It is harmless to animals but is a predator of beneficial earthworms. Back in high school biology you studied planaria and learned that they are uniquely able to reproduce themselves after being cut in half. Most planaria live in water or swampy areas but this one can survive on land if it stays moist.

This particular flatworm is commonly discovered under rocks and clay pots when there has been lots of rain recently.

Show your planaria to the neighbors as a curiosity……. but my recommendation is to destroy it by wrapping it in tissue paper, which will dry it out completely. Do not “stomp it”, since severed pieces can sometimes regenerate. 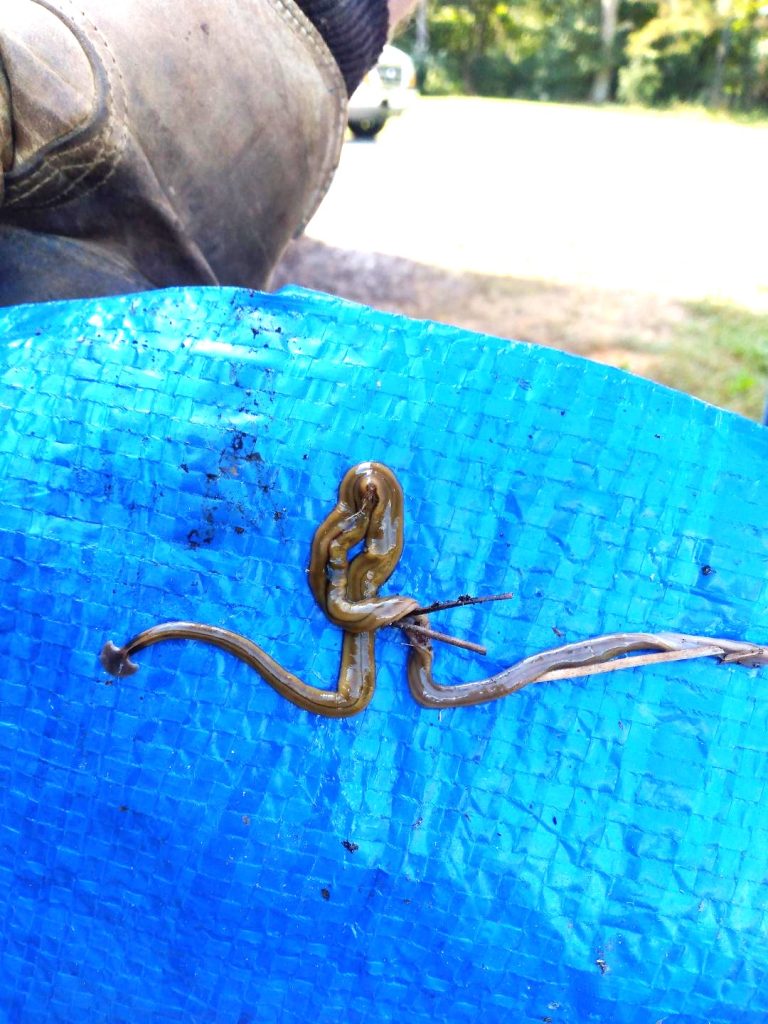