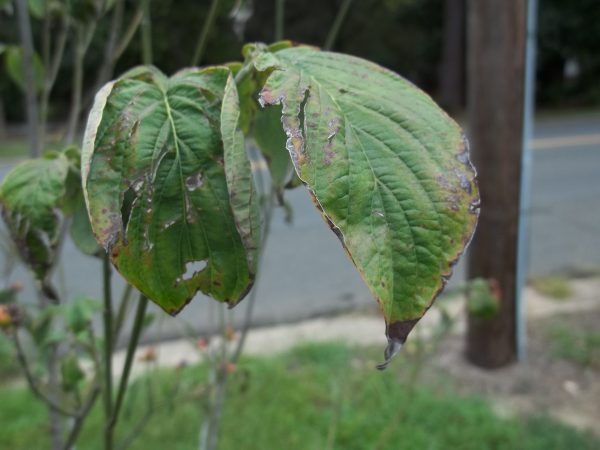 Q: I planted three 6ft. dogwoods this past June. I know it wasn’t the best time. Planted in the burlap ball, cut top of burlap only, added gravel under and mixed in some potting soil, watered daily throughout June and intermittently since between rainy spells. They don’t look so good. Have I done something wrong?

A: The brown edges on many of the leaves tells me they were stressed by lack of water at some point. Even though you watered the tree, it’s likely the root ball itself got dry. The burlap around the ball probably prevented roots from growing outward. The biggest reason why it’s better to plant trees in fall rather than in spring is that there’s not as much demand for water during winter, so the roots have a chance to expand without getting too dry.

I’m sad to predict that your three trees probably won’t come back next spring.