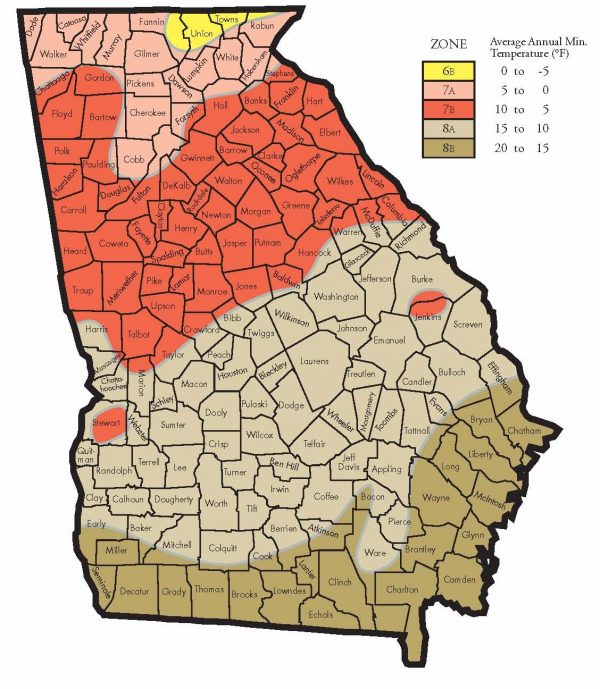 Q: I’ve heard several people referring to Atlanta as being in USDA Hardiness Zone 8 and 8A. But I am under the conviction that we are in Zone 7A, formerly just Zone 7. Can you clarify?

A: In 1960, the United States Department of Agriculture published a map of the U.S. that delineated eleven “minimum winter temperature” zones. North Georgia was set in Zone 7, with winter lows between 0 and 10 degrees.

In 1990, the map was revised and the former “10 degree difference” zones were divided into two sub-zones. Cobb county and above became Zone 7a and everything below that point down to Macon became Zone 7b.

Never content to leave well enough alone, the USDA and the American Horticultural Society undertook in 2003 another map revision, based on more recent weather data. According to that map, most of Georgia falls into Zone 8 with only mountainous north Georgia remaining Zone 7.

Confused yet? My bottom line answer is that most plant labels refer to the 1960 USDA map, which puts the northern half of the state in Zone 7. I recommend plants labeled to grow in Zone 7 and warmer and I think most gardeners will have success with them.