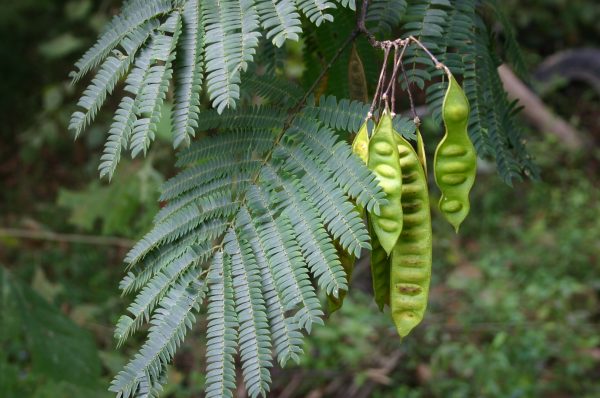 Several plants that were once considered ornamental have escaped and caused great problems in Georgia landscapes. Kudzu, Japanese honeysuckle, bamboo, privet and English ivy are all so aggressive that they crowd out everything in their path.

When Theresa Schrum mentioned that mimosa could be considered an invasive plant, she had an interesting discussion with a disappointed and nostalgic gardener, who emailed:

“I was disappointed to read that the mimosa tree is now considered an intrusive weed. Unlike weeds that keep appearing, you can at least pull them up and they will not come back.

Growing up, my grandfather had a beautiful old one in his front yard that I climbed every chance I got. The beautiful, aromatic pink “flowers” they produce are a very pleasant sight to see every summer as a remembrance to me of my beloved grandfather.

I never pick the small ones growing in my yard unless they are in a spot that would definitely be an intrusion. I now have two approximately 7 feet tall growing in a flower bed with roses and Miss Huff lantana. How sad that this beautiful tree has now been degraded to be considered a weed!” Debra G.

It is unfortunate that many plants of which we have fond memories have been found to be so detrimental to our native ecosystems.

Such is the case with the mimosa tree, Albizia julibrissin. Originally brought to the U.S. as an ornamental tree, it has escaped gardens and has pushed its way into natural areas that should be preserved for native plants. With its ability to reproduce vigorously and with only one natural enemy to keep it in check (Fusarium wilt), it has spread unchecked across the South.

It is considered a non-native invasive weed by the following organizations:

To set an example of good environmental stewardship and to preserve our natural history, I believe we should remove these plants from our landscapes and encourage others to do the same.