Q: My sister in law has sent me “mole plant” seeds. She says the plant will deter moles from the garden. Do you have any information about such a plant?

A: I think you have castor bean seeds. The plant has dramatic foliage but the seeds are extremely poisonous. They are the source of ricin, which has been associated with terrorist activities.

The old-time purgative castor oil is made from the seeds. Castor oil is reputed to deter moles but I don’t know if it has been scientifically tested enough for me to recommend it wholeheartedly.

In one study, a castor oil product successfully reduced mole activity. If you have mole problems you can try making your own repellent. Mix six ounces of castor oil with two tablespoons of liquid detergent in one gallon of water. Dilute at a rate of one ounce of the castor oil solution per gallon of water and apply this to three hundred square feet of lawn. 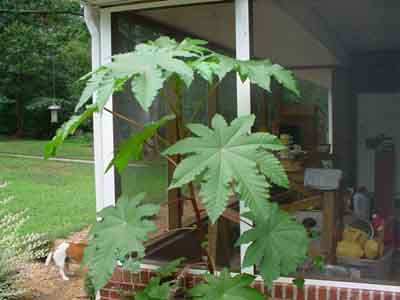