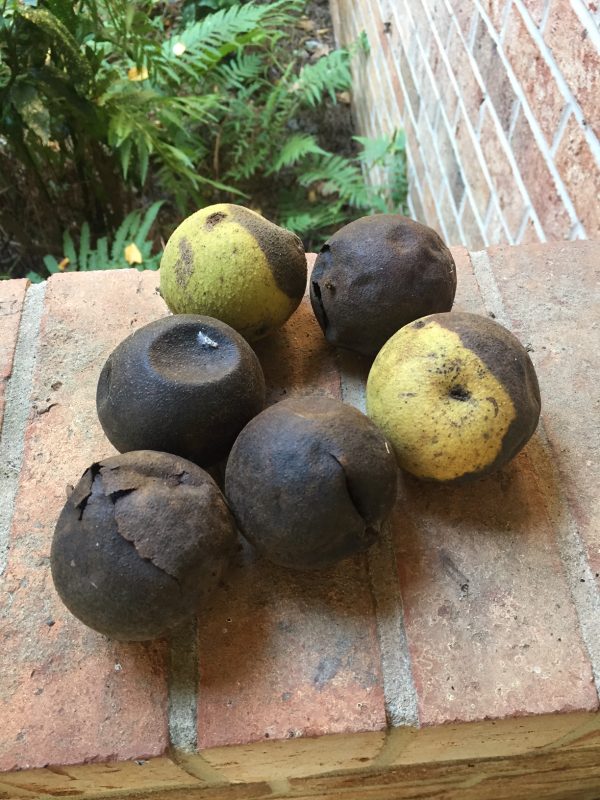 Black Walnut trees have a chemical known as juglone in their roots, husks, leaves and bark. Juglone inhibits the growth of many plants which may be growing in your garden or landscape. This inhibition of plant growth is called allelopathy.

Small amounts of juglone are released by live roots; even decaying Walnut roots can inhibit nearby plants for years after a treet is removed. Leaves, bark, or wood chips of black Walnut should not be used to mulch landscape or garden plants.

Plants Said to be Sensitive to Juglone

Plants Said to be Tolerant of Juglone

“Just wanted to share one small experience in tree husbandry. I’ve seen Magnolia listed as one of the plants sensitive to juglone from Black Walnuts.

Thirty years ago I planted an ordinary Southern Magnolia for a screen pretty much under the branches of what was probably at the time a forty foot high Black Walnut. The trees have lived quite happily together these thirty years, the southern Magnolia now probably about thirty feet high, HUGE in diameter, and the Walnut probably sixty. Both seem very healthy.

My dogwoods and oaks seem content around the many other Black Walnut scattered over our eight acres also. Only problem I’ve had was with cultivars of the Red Maple, Autumn Blaze and October Glory. All I planted died even with great care, and proximity to Black Walnuts is the only reason I could account for the deaths.

I read somewhere that Sugar Maples are not affected by juglone and planted one of these near Walnuts. I’ll let you know what happens.

Also, the Southern Magnolia mentioned above is in a great deal of shade. Surrounded by oaks as well as having the Black Walnut right on top of it, it is shaded most of the day and has done just beautifully-extremely full. A great screening plant for anyone with the space.” 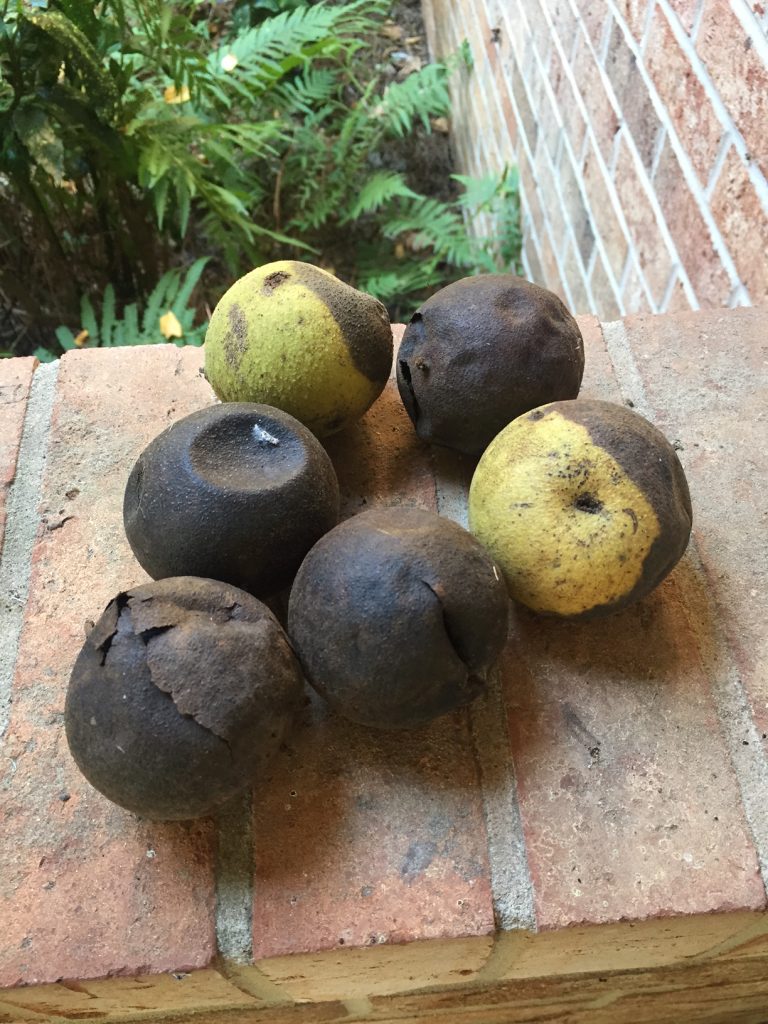