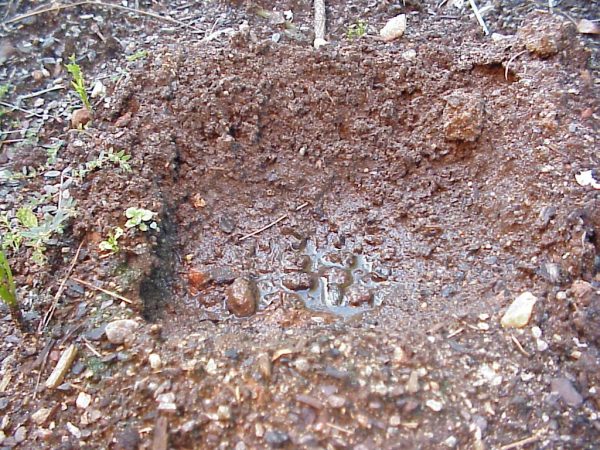 Throughout my childhood, I was awakened each morning by the sound and smell of percolating coffee. After a hearty cup of Maxwell House, my father was off to feed the chickens, milk the cows or tend to the innumerable chores of a small farm.

If I beat him to the table, I watched and listened to the rhythmic gurgle and groan of the silver percolator. Boiling water repeatedly erupted into the small glass top and subsided into the ground beans held by the perforated basket below. Hot water transformed the gritty, pleasant-smelling but inedible (yes, I tried them….once!) coffee crumbs into a black liquor that powered my father until my mother’s shout summoned him indoors for lunch.

Frequent rains remind me of the importance of percolation. I’ve fielded several messages from gardeners whose plants have wilted for no apparent reason. The type plants I’ve been asked about are ones that must have well-drained soil in order to prosper. The daphne, lantana and petunia plants I’ve pondered thrived during our previous dry summers if they were given just a bit of water each week. This summer, though, plants that are growing in poorly-drained soil are very likely to have soggy roots for long periods. Some plants can survive the damp but some can’t. Root rot sets in and the plant wilts – just as if it had no water at all.

Just about every plant label you see these days recommends that the plant be grown in well-drained soil. Some people believe that means the best place for those plants is on a slope but that is not the intent at all. An eroded clay bank is NOT well-drained, no matter how fast the water flows down it.

Well-drained soil is soil through which water passes rapidly after a rainfall or irrigation. Sandy soil is well-drained but holds few nutrients. Clay soil holds lots of plant food but is poorly-drained in most cases.

Good garden soil has a high percentage of large particles, like organic matter or gritty sand. The small particles of silt and clay that are mixed with the bigger items become glued together into soil grains as micro-organisms break down the organic material. The result is a soil that lets water pass through rapidly but which holds the nutrients and moisture a plant needs. The rate at which water exits soil is called its “percolation rate”.

CHECKING YOUR PERCOLATION RATE Coffee aficionados can relax – you won’t have to spoon a cup of dirt into your Bunn or Melita machine. The best way to test soil percolation is on-site, where you plan to plant. The only tools you need are a trowel and a watering can.

Simply scoop out a hole in your prospective plant bed approximately six inches deep and twelve inches wide. Fill it with water and go about your other garden business for a while. When the hole has drained, return and fill it a second time. This time, however, note how long it takes for the hole to empty once again.

CORRECTING POOR PERCOLATION You’d never wear shoes two sizes too small for a week. Your feet would kill you! Neither can you expect a plant to suffer constricted or soggy soil without complaining – usually by poor growth, poor flowering or by wilting and dying.

If your soil doesn’t drain very well, simply dig it up and mix in a two inch layer of soil conditioner. That’s all there is to it. The soil conditioner will break down over time and roots will have an easy time growing. Lawns, flowers, trees and shrubs will all grow better if water drains rapidly from their roots. Remember, if the “perc rate” is good, your plants will be perky!