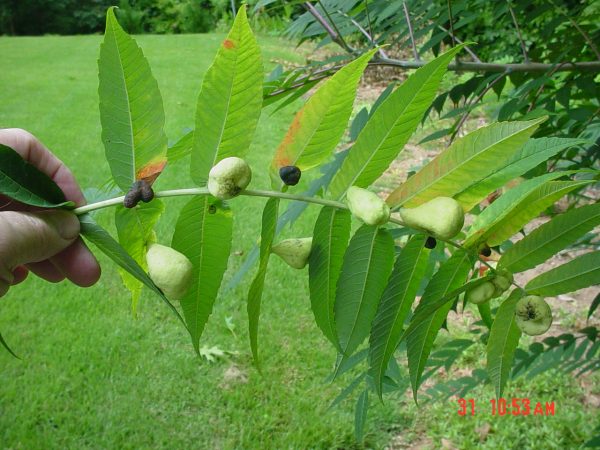 Q: I noticed a “gall” on a sumac sapling today. As I looked closer, I saw that several branches (leaflet clusters) had a number of the things on them, and the leaves were turning yellow and then red. I pulled one of the “galls” and broke it open. Obviously a mistake, because it released a small cloud of floating spores. What is it and what can I do to stop it?

A: “Gall” is the right word but how they got on the sumac is interesting.

Sumac galls are caused by a species of aphid. The females lay their eggs on the leaf and cause leaf tissue to grow around them in a characteristic pattern.

Once the aphids mature inside the gall, they exit and go looking for another sumac nearby. Immature aphids were the “spores” you saw.

There is no need to control them…they won’t hurt the sumac.