How to prune clematis – Univ. of Missouri 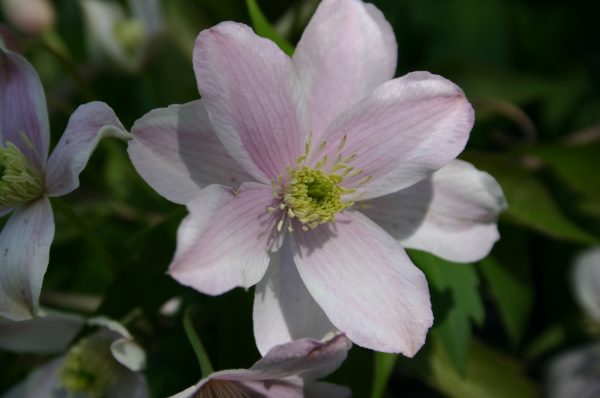 How do I prune a clematis vine?

Although some unpruned clematis vines may become tangled masses of thin woody vines with only a few small flowers rising above the bare stems, others need little if anything other than periodic tidying up to remove dead or straggling growth. Pruning clematis becomes easier when you realize that the way you prune depends upon the age of the growth that produces the flowers in different varieties. There are three categories of clematis vines.

All of the clematis in the first category bloom in the spring, from April through May, from dormant flower buds in the leaf axils on stems that grew during the previous summer and fall. This group includes clematis in the montana and macropetala groups. Even when these clematis are never pruned, they will still produce great sweeps of bloom each spring. They make great covers for eyesores. If you wish to control the growth, you can prune clematis of this category back as hard as you wish right after they flower. But remember, these early-blooming clematis do not have to be pruned to produce masses of flowers.

The next category, those that can be cut back halfway, includes large-flowering and double-flowered hybrids, such as ‘Nelly Moser’ and ‘Barbara Jackman.’ They bloom on the current season’s growth in abundance during May and June, then again lightly in September and October. This group also includes clematis with very large but fewer flowers that appear from June through fall. These produce flowers at the end of long, often lanky current-year vines that are ideal for climbing over tall shrubs. Pruning halfway during February or March suits this category of clematis.The first year, cut the stem to about a foot, just above a pair of buds. The shoots arising from this should be trained to both sides of the main stem. In following years, cut out dead wood and any very spindly shoots during early spring.

The final clematis category contains those clematis that carry all blooms on this year’s growth, blooms between late June and October and can be pruned more severely than other clematis. These clematis, including jackmanii and vitacella varieties, also are the easiest to prune. In February or March, cut through the entire mass of stems to just one node above last year’s growth. New growth will soon replace the green mass you have cut away. Over the years, this type of pruning will produce a bare trunk that easily can be disguised by lower growing plants.

Note that you don’t have to know the specific variety of the clematis to know how to care for it. You can tell what kind of pruning a clematis will need by observing when it blooms and whether it blooms on new growth or last year’s growth. 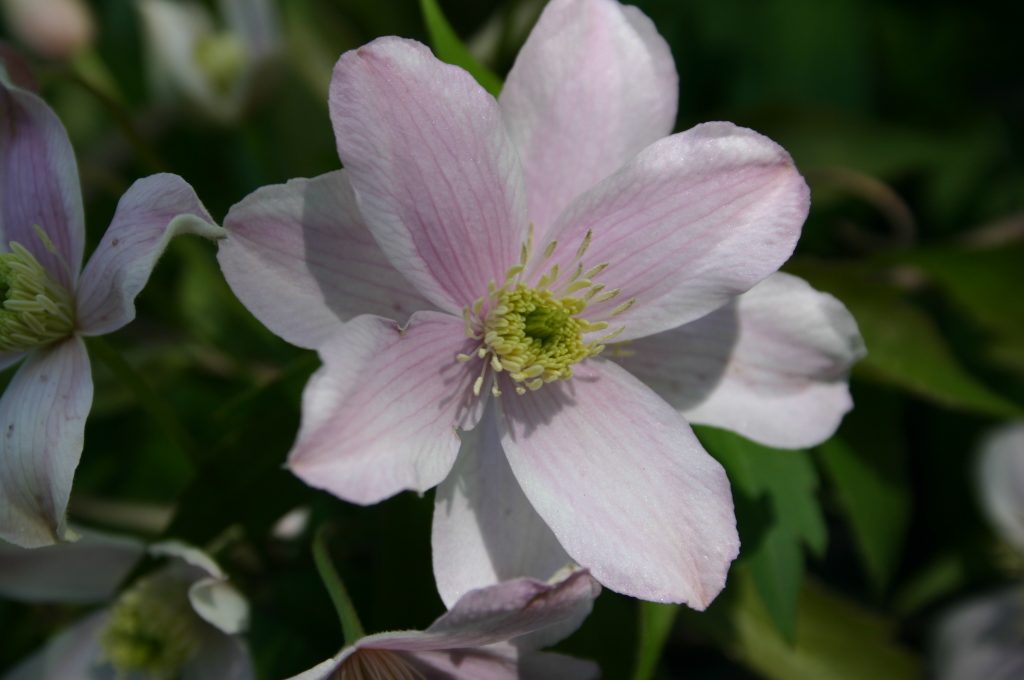