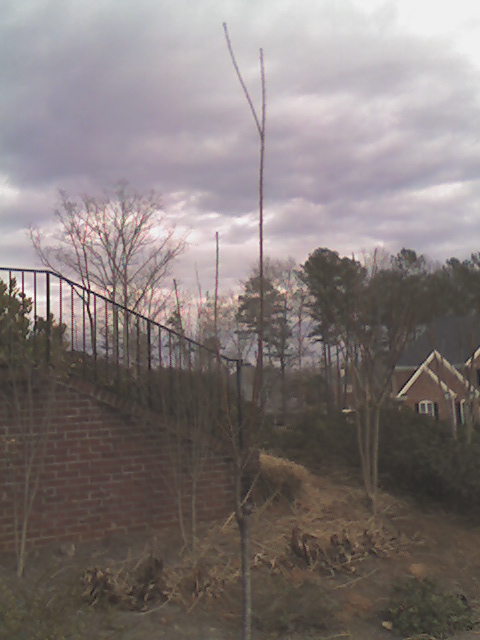 Q: We were given a weeping cherry tree and it isn’t very droopy. When we received it, the branches all bent down toward the ground in a very nice shape. However, it got some disease, and I had to prune it way back. The branches that remain all point skyward, including a very tall shoot (about 15 feet!). I’d like to get it back to its original shape–how should I go about it?

A: Yi Yi! When you pruned off the diseased limbs, you took away the weepers!

It helps to understand how a weeping cherry is produced in order to see what should be done now.

By removing the lax limbs, you left only the trunk of a vertical-growing cherry…..which it promptly did.

You now have a nice cherry tree….but it will not be weeping, sad to say!