Q: I have a Sparkleberry in a public garden where I volunteer. The male tree has died and been removed. Could yaupon holly pollinate it?

A: It’s not likely that yaupon holly, Ilex vomitoria, would work. It’s not very close, species-wise, to sparkleberry, Ilex ‘Sparkleberry’.

’Apollo’ is a good male holly for a female Sparkleberry(aka winterberry) but it is always possible some random holly in the neighborhood might contribute enough pollen to your Sparkleberry to make it bear the bright red berries for which it’s famous. 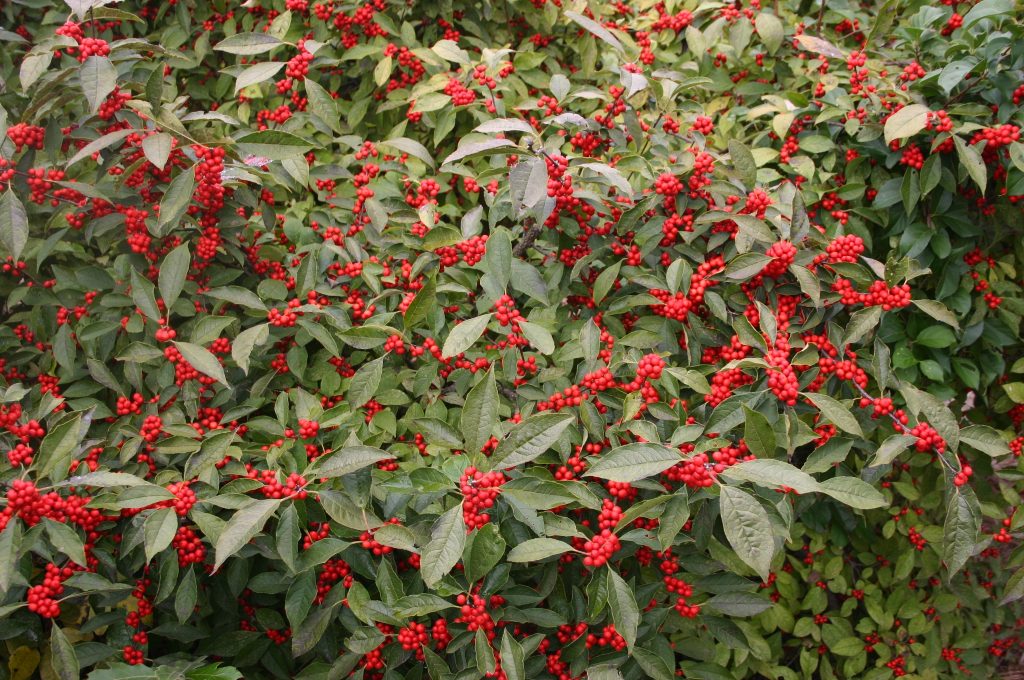