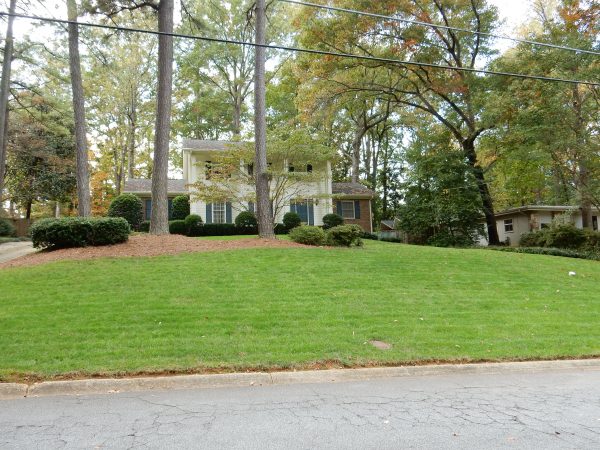 Q: When is the absolute latest time to plant fescue seed in the fall? We have a Girl Scout outing in our W. Cobb backyard in late  October, so we really wouldn’t be able to plant until after that’s done. Any thoughts?

A: Turf expert Clint Waltz says that while not all years are the same, seeding tall fescue in the north Atlanta area until mid-November should usually be fine.

The germination rate will be less between mid-October and mid- November than it would be from September to mid-October, which is the ideal time to seed tall fescue. Fescue sprouts best when soil temperatures are above 68 degrees. It becomes very slow at temperatures less than 55 degrees.

Looking at the soil temperature graph for nearby Dallas, GA from Sept. 1 to Oct. 31, I see that temperatures declined from 79 degrees to 56 degrees in that period.

Pray for a long, mild fall and ask your Girl Scouts to come back and help you plant after their party.