Sod – Installed in Fall or Winter 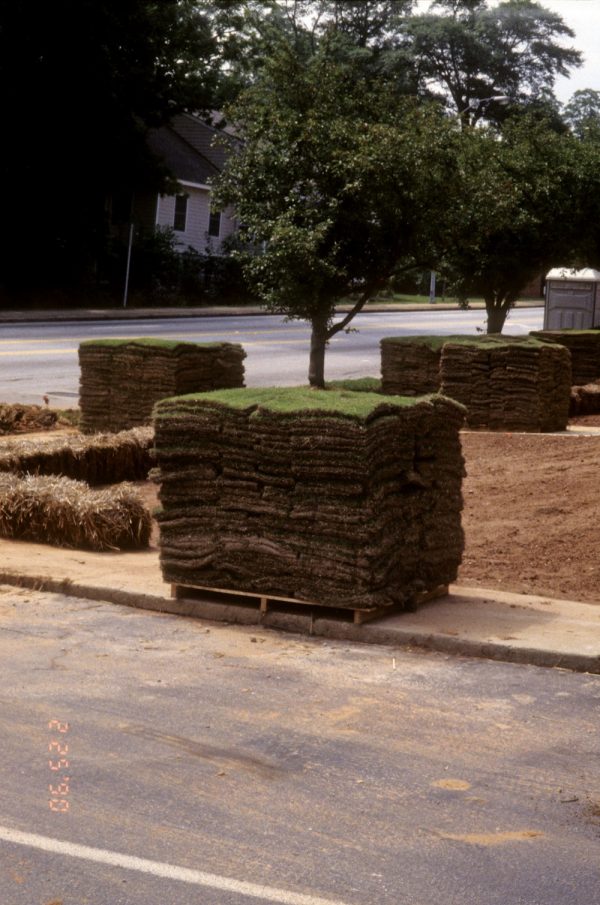 In the Southeastern United States, horticulturists routinely recommend transplanting trees and ornamentals when they are dormant during the late fall or early winter. The root-ball is typically buried deep enough so that soil temperatures are conducive for continued root growth during the cooler months. This practice gives the plant’s root system time to establish when there is little demand for water and nutrients.

Cooler climates may adversely influence some species. Increased winter injury has been observed on zoysiagrass and centipedegrass compared to bermudagrass sodded late in the year. For various reasons, however, dormant sodding of warm-season grasses is not an uncommon practice.

If grasses like bermudagrass, centipedegrass, St. Augustinegrass, and zoysiagrass, are going to be established while dormant there are management practices that can improve the chances of success.

Root zone preparation is critical for success. During site preparation and prior to turfgrass establishment is the best time to take a soil sample to determine pH and nutrient needs. Modification of soil pH is most beneficial when lime (used to raise pH) or sulfur (used to lower pH) can be incorporated into the soil. Corrections of soil nutrients deficiencies like phosphorus (P) and potassium (K) are more easily made prior to establishment.

While all essential nutrients are required for turfgrass growth, there is inconsistent information on P and K needs during establishment and winter. Some studies report decreased winterkill and disease occurrence with the addition of P and K, while other researchers have reported no differences in cold hardiness or pathogen resistance due to increased rates of P and K. Because soluble nitrogen is mobile in the soil and the grass’s root system is incapable of acquiring this nutrient, little nitrogen is needed when sodding with dormant grass. The first nitrogen application should be made in the spring once soil temperatures at the 4 inch depth are consistently 65 degrees and rising.