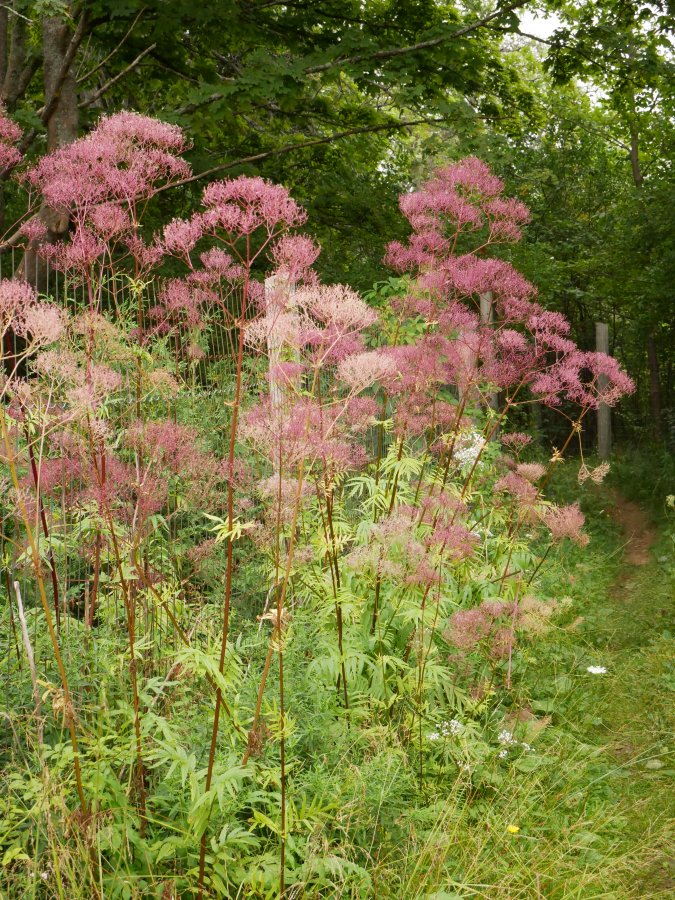 On vacation in Nova Scotia, we saw this plant in several locations around the western shore. This one was growing along a pathway and appeared to have been planted there. From a distance could be mistaken for Joe Pye Weed, but up close you see that the flowers have actually finished and only twigs remain. Closeup of the leaves included.