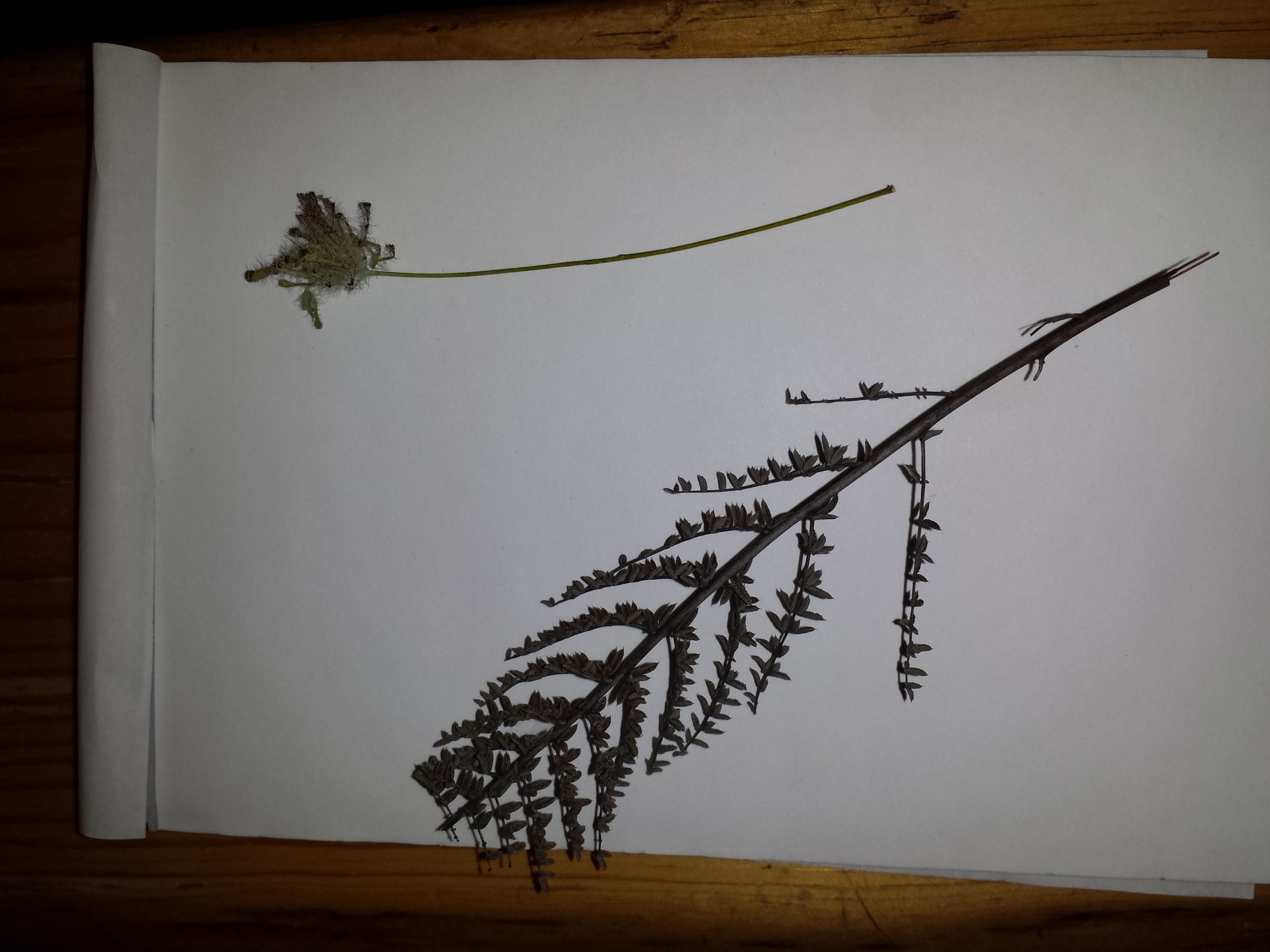 Any help you guys would have for either specimen shown would be useful! I was thinking the one on the left looks like part of the Buckwheat/ Eriogonum family, but the hairiness is throwing me off. It was found in the San Jacinto mountains of California along a sesonally flooded stream bed (in early September, during a dry period) at about 5,000 feet. The fern-like plant was found at a lower elevation, also in the San Jacintos. Any help would be greatly appreciated!