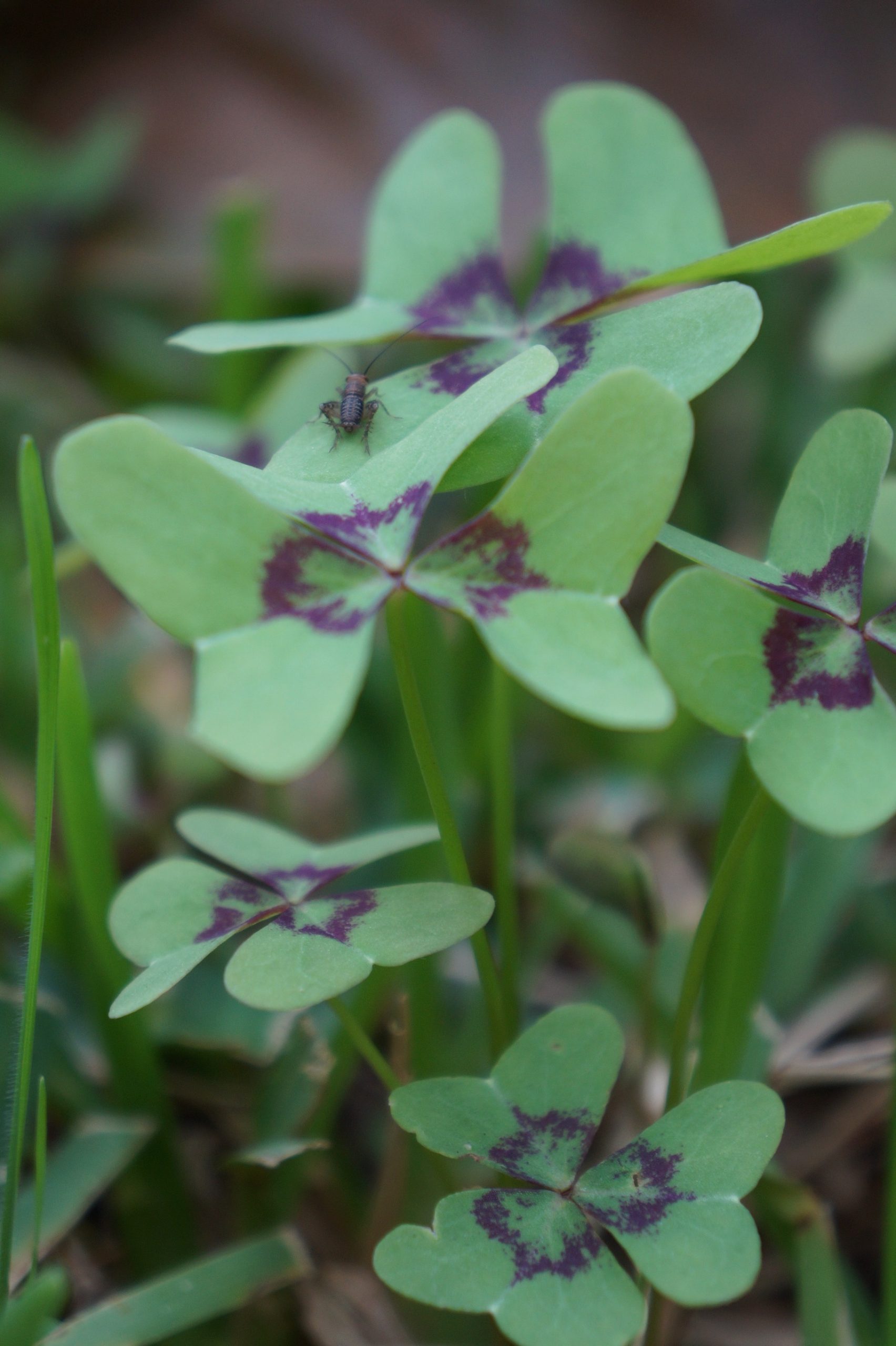 I found this in November near Houston in a St. Augustine lawn. I think it is some kind of wood sorrel/Oxalis, but I would like to know what species. It looks similar to Oxalis triangularis with its 3-leaf clover-like appearance, but the leaves are green and maroon-purple rather than completely purple. The leaves are also less triangular than Oxalis triangularis (but still more triangular than other species of Oxalis around here, such as the pink wood sorrel). It hasn’t flowered yet.