The cicada killer wasp  is about 1 1/2 inches long and has yellow markings on its body. The sound as it flies is deeper than most insects; some say it’s a B-52 bomber-type sound. The wasp digs burrows in the ground and mounds the soil at the entrance.

The female paralyzes grubs or cicadas by stinging them, places them in the burrow and lays an egg on it. When the egg hatches, the larva feeds on the insect.

Cicada killer wasps usually appear in late July and August when adult insects are abundant. The males hover around the underground nest and zoom at you, but like all male insects, they can not sting.

The female is usually off in the trees looking for a cicada to drag to the nest, where she will bury it along with one of her eggs.

Since the cicada killer wasp is generally considered harmless, I urge gardeners to leave the nest alone.  Or you could spread mulch over the spot and also encourage grass to grow. However, if you must eradicate it, a short squirt with Wasp & Hornet spray (click for sources)

will do the trick. Cover the entrance with a rock or a brick to make sure the nest is completely fumigated.

Here is a great link that explains all about the wasp’s life cycle:

Check out this cicada killer movie contributed by Barbara M. 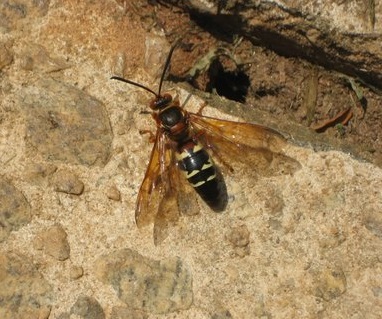 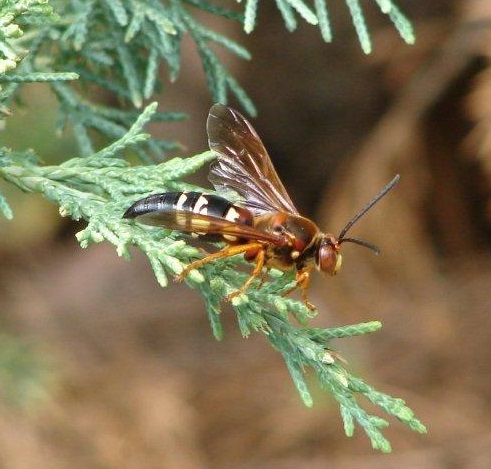 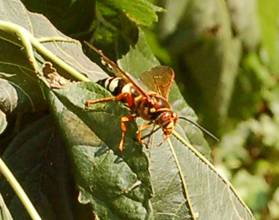 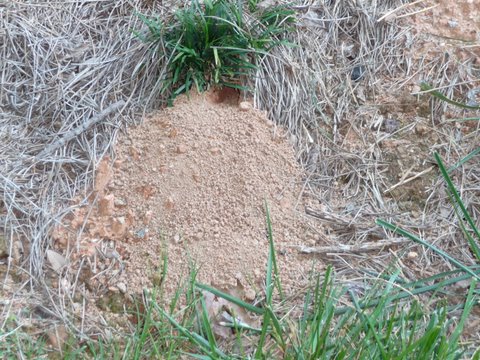 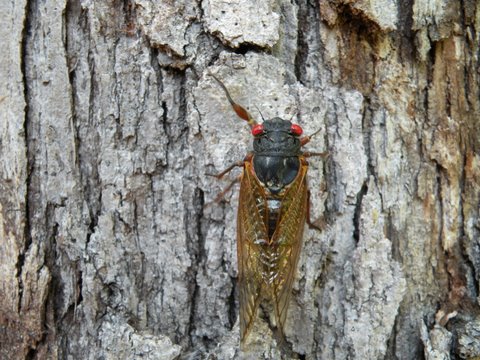