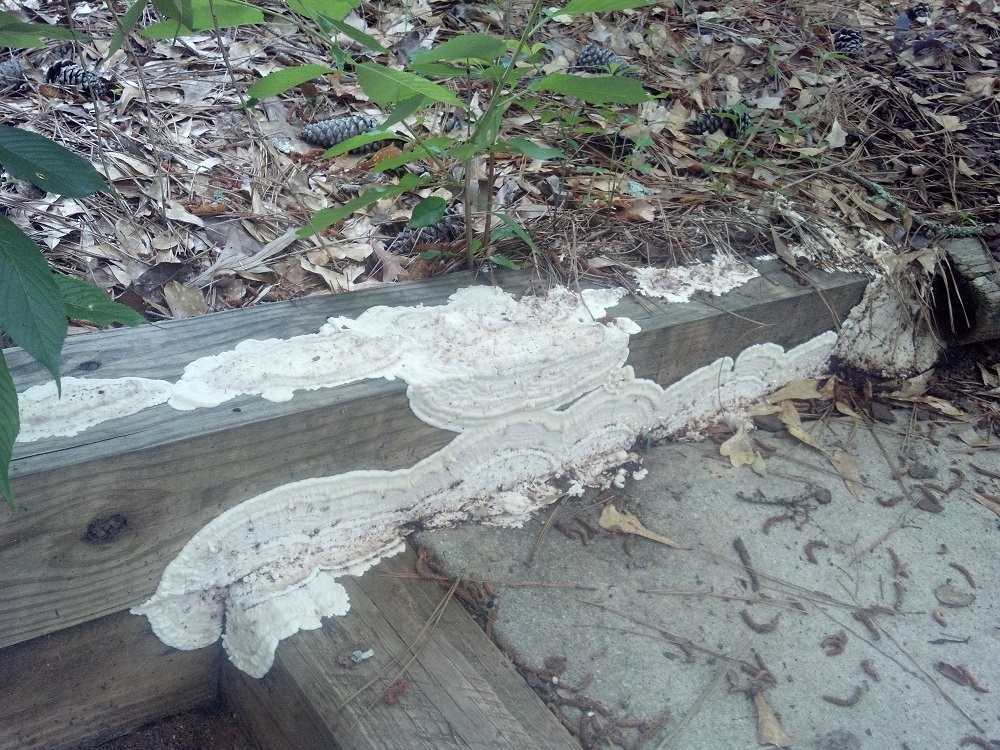 Q: I have attached a picture of the fungus growing on the walkway of my home. Can you please tell me what it is and how to get rid of it?

A: Mycologist Don Gardner in Brunswick says the fungus is eating the timbers themselves. Just scraping off the fruiting body will not slow down the consumption of the timbers.

“I cannot give you genus and species, but the growth pattern clearly shows the fungal fruiting body growing out of the timbers. My guess is that if one split the timbers open one would find the fungus resident in the core. These are center-cut timbers. The center of the timber is the pith of the tree.

So, you have two options: scrape off the fungus and hope the timber can hold together enough to be usable or replace the wood entirely.

Unfortunately, I have extensive experience with the fungal growth shown in the above article.  In response to this type of growth, plus failure of 38% (yes, 38%) of my horse fence, I had ten samples of the wood tested – half at Great Southern (YellaWood) and half at the Univ. of Tennessee.  The results were identical – insufficient copper concentration despite good copper penetration.  Based on my testing, I determined that 70-80% of my fence would rot and replaced the whole thing – $25K, ouch.  Yes the timber company covered the posts that were actually rotten, but that was a negligible amount of the total job.  So your writer should count him/herself lucky;  I would trade situations with them in a heart beat.

I still have an 8 X 8 post that has had this fungus for 3 years and is still sound.  I suspect it is a goner eventually.  My advice to your reader is to just scrape it off with a floor scraper from time to time – it will eventually turn black anyway.