Scale insects range from pinhead size to a quarter-inch in diameter. In general, they are easy to scrape from a twig or leaf. Many exude a reddish liquid when squeezed. Scale often release a sweet liquid (honeydew) that attracts ants and wasps to the plant. There are many types of scales. Tea scale on camellia, wax scale on holly and euonymus scale on its eponymous host are common in Georgia landscapes.

An adult scale secretes a hard, waxy coating over their body to protect it. They happily suck sap from a stem or leaf and ooze honeydew, which coats nearby leaves. These leaves may turn black as sooty mold sets up housekeeping on the honeydew. The mold can be scraped from leaves with a fingernail.

The best time to attempt control measures is when baby scale (crawlers) are moving about the plant in spring. In early April, wrap double-sided tape around stems near where you notice the nodule growths on the branches. Inspect the tape every few days. When yellow crawlers hatch they will be caught on the tape, signaling you to begin spraying with horticultural oil (Volck Oil, SunSpray or Lessco Horticultural Oil) at weekly intervals. The oil will not only kill the young scale but it will suffocate the adults, which have been weakened by the stress of winter.

During the growing season apply systemic insecticides like disulfoton, acephate or imidacloprid (for soft scales only). 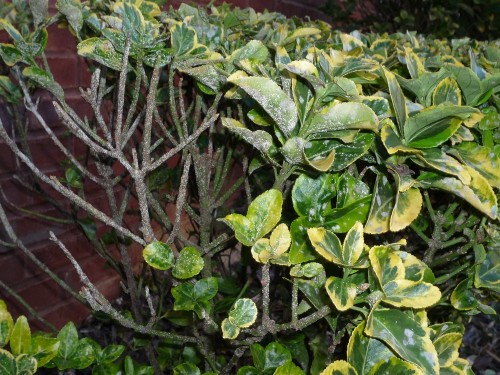 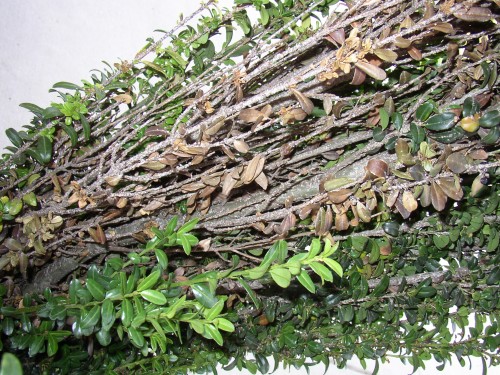 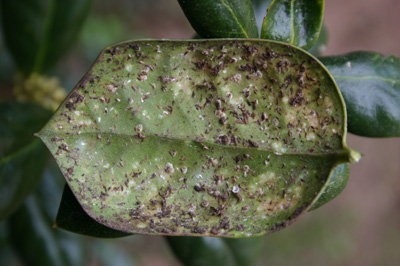 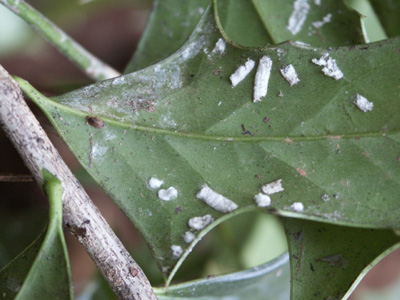 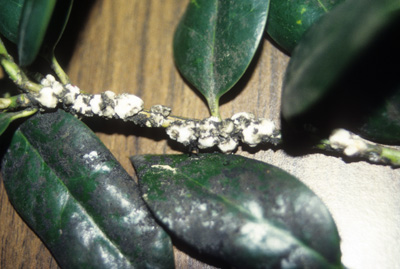