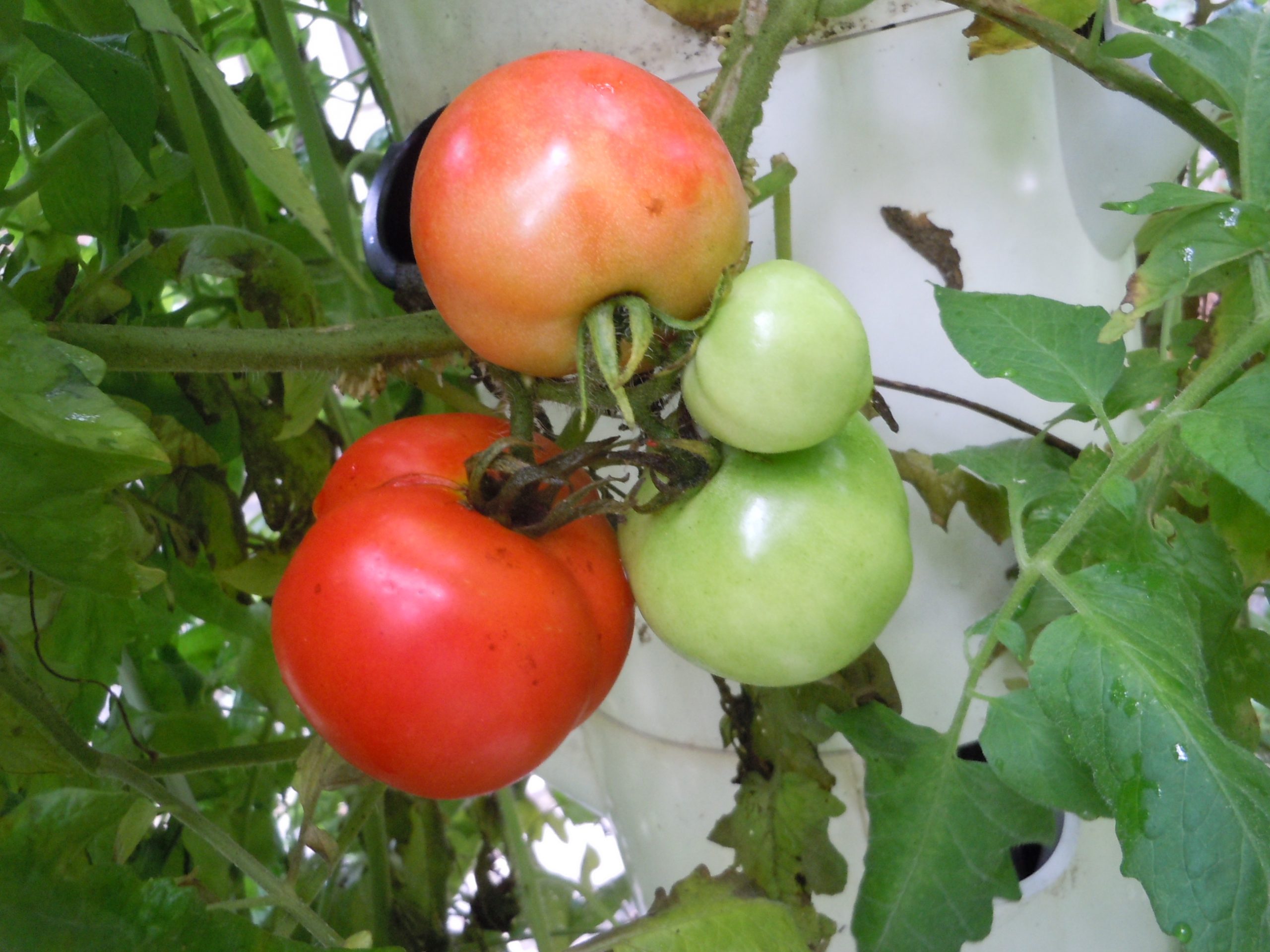 Q: If I plant indeterminate tomatoes can I crop the top to keep them from growing tall?

A: Pruning an indeterminate tomato to make it bushier is possible but you’ll be fighting Mother Nature.

Determinate tomatoes send up several shoots from below the first flower cluster. Each one makes a couple of leaves and ends with a flower cluster. This repeats only a few more times. Since there are more shoots under each flower cluster and fewer leaves between clusters, the plant takes on a bushy appearance.

So theoretically you could remove the growing tip of an indeterminate tomato vine to make it produce more shoots and then remove the tips of those shoots to give the plant several growing tips near the base. You would have a semi-bushy plant, but it would sprawl outward because after a couple of tip removals you would need to let the vine grow and flower as nature intended.

If you want a bushy plant, you would be better off to grow a determinate variety like ‘Celebrity’, ‘Roma’ or any variety labeled “patio” or “bush” type.