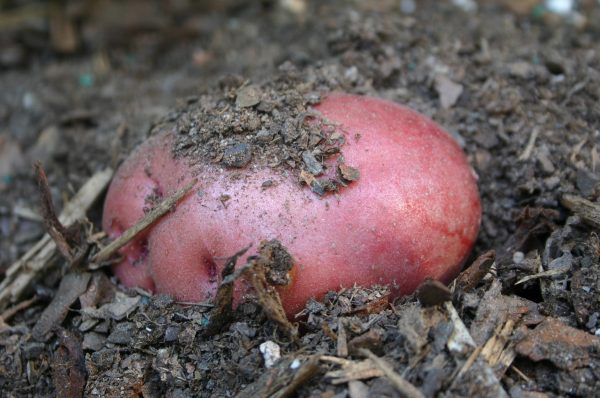 Q: My mother was born and raised a farmer in Galicia, Spain but I have not inherited her farming skills.
I bought 12 lbs. of ‘Shepody’ seed potatoes online. I tilled, fertilized and planted the potatoes in a good spot.
The vines grew like crazy but I only harvested four marble-sized potatoes out of a 100 square foot area. What did I do wrong?

A: Your mother probably adjusted to living in the States better than the ‘Shepody’ potatoes adjusted to growing in Georgia.

‘Shepody’ potatoes were specifically developed for Canada. It’s variously described as an early- or mid-season variety but ‘Shepody’ is best grown in places that have sunny, cool summers.

In Georgia’s heat I can understand why your plants made all vines but few potatoes.

Next year try ‘Yukon Gold’, ‘Kennebec’ or ‘Sebago’ for spring planting. You still have time to plant some ‘Red LaSoda’ for a fall crop if you get them in the ground before mid-August.