Bulbs from My Bubber 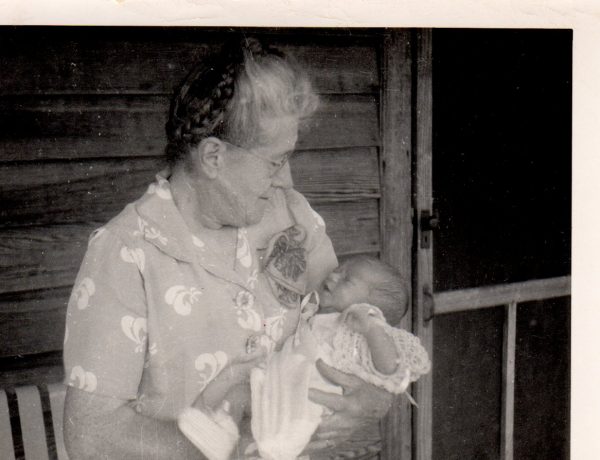 I believe I received my penchant for gardening from my grandmother on my father’s side: Rachel Belle Powell Reeves. She was “Bubber” to me, a name which was the product of a toddler’s tongue’s inability to pronounce “Grandmother”.

While outdoors, Bubber walked slightly bent at the waist – the better to spy weeds invading her flower rows, the faster to stoop all the way over and vigorously snatch them out. She hummed as she worked, weeded, and planted. It was always a quiet, tuneless “ooooooo OOOO oooo OO” as if reviewing hymns from the previous Sunday at the community Methodist Church.

Her gardens, on both sides of my boyhood home, were surrounded by a fence of four-foot high chicken wire. Since I lived on a chicken farm, it kept out the ever-scratching bantam chickens that roamed at will over our acreage.

Bubber’s gardens always seemed to have something blooming that I or my two brothers could carry inside and present to our mother. Her plants were commonplace: narcissi, zinnias, marigolds, pansies, the occasional sunflower and a few flowering shrubs. But there was always something there for us to pick and have our mother exclaim over.

I remember that my favorite flowers were the spring daffodil and jonquil blooms. They came in such overabundant bounty that almost every day in March found three green-stained pairs of hands, filled with bright yellow and orange flowers, outstretched in the kitchen. “Oh, those are the prettiest flowers I’ve ever seen” my mother would cry out. “Let’s put them in a quart jar and make a centerpiece for supper tonight!”

My grandmother was an organic gardener before organic gardening was cool. She fertilized all of her plants with chicken manure (what else?). Copious amounts of cottonseed meal were scattered under her forsythia, spirea, camellia and prized pomegranate shrubs. She wasn’t above trying feeding techniques we would laugh at today, putting red clay under her roses to intensify their color. Even so, her flowers were pretty enough to adorn the altar for the once per month “Preaching Sunday” at church.

If I learned to appreciate gardening from my grandmother, I also discovered from her the emotional ties that accompany a gardener’s passion.

When I was six, the radio exploits of “The Lone Ranger” never failed to excite me to a fever pitch. I’d romp around the house riding a mop, chasing bad guys and protecting my mother as she labored over meals for the family.

One afternoon, full of adolescent vim and vinegar, I rushed outdoors to play. Spying a two-foot long stick, I fashioned a sword with which I terrorized poor, frantic bantam hens for an hour. Tiring of that, I attacked the giant stalks of ragweed that grew so rampantly in the abandoned horse lot beside our barn.

Bubber was pruning her hydrangeas on the far side of the house as I ran through her other garden, gleefully chopping at weeds.

When I spied her tall, nearly mature sunflowers, the ones she likely planned to enter in the upcoming Kiwanis county fair, my adolescent enthusiasm exploded. Whack! Whack! Whack! The thick stems buckled. The huge flower heads hit the ground.

The snap of a twig behind me caused me to turn. All I could see were the light blue eyes of this gentle, good woman filling with tears as she turned away from me.

Terrified, I fled, crawling under the house, startling and scattering the hounds who loafed there. Awaiting an explosion of emotion, I cowered in the dirt under the house.

But there was nothing. No rebuke from my mother, no shouting from my father, no chastisement from the woman most affected by my childish impulsiveness. Though I had wounded my grandmother deeply, she forgave me. Just as gardens forgive occasional lapses, she forgave me completely.

Do I grow jonquils now? Of course. My mother gave all of the grandchildren a dozen of Bubber’s bulbs several years ago and they grace my landscape each spring. Do I grow sunflowers? No. Too much memory, too much regret attends them.

Besides, I wouldn’t want to provide the temptation that might lure a neighborhood child to go terribly astray in a garden as I did. And I surely wouldn’t want to compare with mine the capacity for love exhibited by my beloved Bubber. 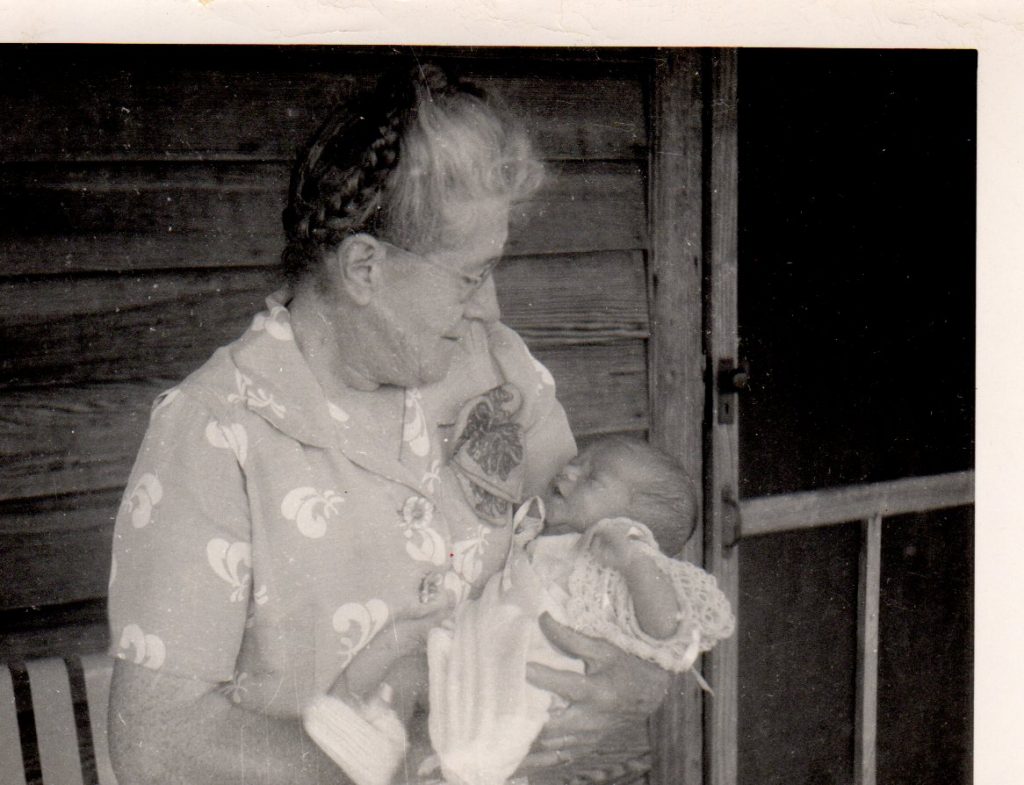 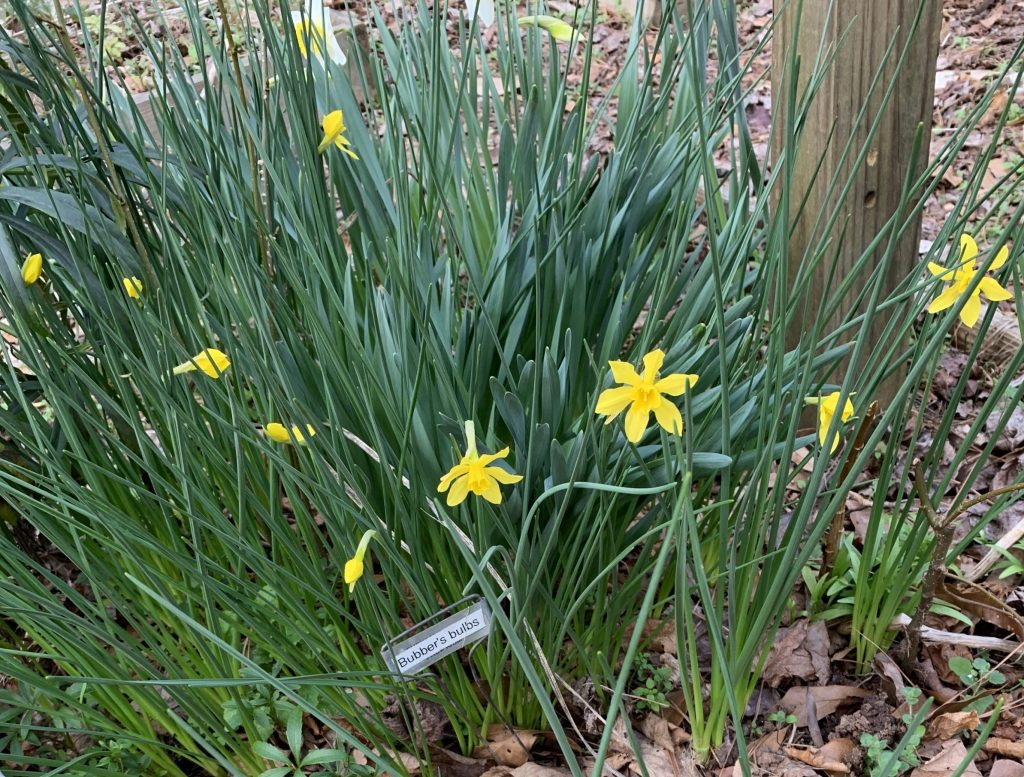