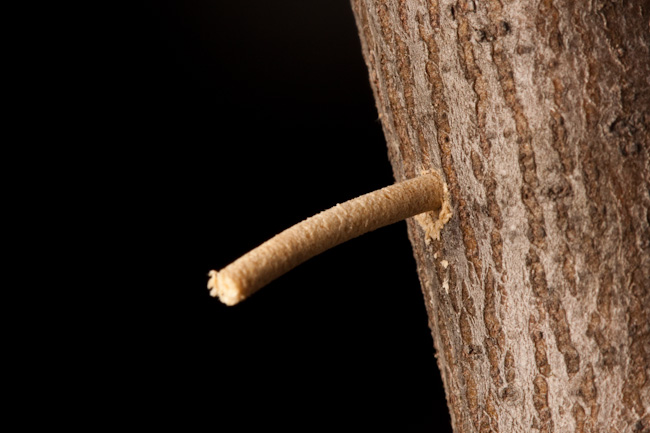 Piedmont Park
Piedmont Park was informally founded in 1887 as an adjunct to the Gentlemen’s Driving Club. In that time the park functioned as a fairground and exposition arena, attracting as many as 800,000 visitors during the 1895 Cotton States fair. In 1904 the dilapidated fairgrounds was sold to the City of Atlanta, which intended to transform the area into a park. In 1912 the city commissioned the Olmstead brothers to develop a master plan for the park that remains an influence to this day.
Beginning in the 1970’s, use of the park grew rapidly, even while city funding declined. In 1989 the Piedmont Park Conservancy was formed and dedicated to the restoration and preservation of the park. A new master plan, adopted in 1995, has led to remarkable improvements in the park, while honoring the original vision of the Olmstead design.

Background
The conversion of Piedmont Park from a fairground to a formally designed park after the turn of the century involved the installation of hundreds of trees, many of which survive today. The Piedmont Park Conservancy expends considerable time, funding and effort in the preservation of mature trees at the park. Additionally, more than 600 young trees have been planted since the inception of the master plan, ensuring the health and beauty of the park is preserved for future generations.
The rapid growth of global trade and interstate commerce has led to increased pest and disease pressure on tree populations, particularly in urban and suburban areas of the U.S. Dutch Elm Disease and Chestnut Blight both had devastating effects on native North American trees during the first half of the century. More recently, Emerald Ash Borer, Asian Longhorn Beetle and Hemlock Woolly Adelgid have made newspaper headlines on the east coast.
Settings like Piedmont Park are uniquely challenging for mature trees and park managers. Soil compaction, nutrient deficiencies, vandalism and turf grass competition all serve as stresses to trees, which would prefer a forest-like setting. Just like people, trees under stress are more likely to “get sick,” or succumb to insect and disease attacks.

The Study
In 2004 the Piedmont Park Conservancy became concerned over the loss of several mature hardwood trees at the park. Several arborists were called in to assess the rapid decline and death of the trees, and the consensus was that the trees had suffered attack by Asian Ambrosia Beetle. Although native varieties of ambrosia beetle have been a pest of lumber producers for years, the recent introduction of many exotic species of the beetle concerns arborists, nurserymen and landscape contractors.
Intrigued and concerned, the conservancy sought and received funding from the Home Depot Foundation to conduct a study of the beetle presence and activity in the Piedmont Park. The purpose of the study would be to determine the species present, and to gather information on potential damage to park trees as well as control measures to reduce further risk of tree loss.
In January of 2005 Chris Nelson, the chief operating officer and vice president of the Piedmont Park Conservancy contacted Bartlett Tree Experts. Chris related his concerns about the loss of trees at the park and the speculation that Asian Ambrosia Beetle killed them. Dr. Don Booth, entomologist with the Bartlett Tree Research Laboratories, visited the park in March that year to assist the local Bartlett arborists in setting up the project. The lab provided beetle traps that were placed throughout the park property to collect the beetles. The local Bartlett arborists monitored the traps and collected beetle samples throughout the spring and summer of 2005. Hundreds of beetles were gathered and sent to the Bartlett Tree Research Lab, where they were sorted, identified and counted. In October, 2006, following more than a year of collections and analysis, Dr. Booth presented the results of the study to the Piedmont Park Conservancy, local arborists and municipal managers.

The Insect
“Ambrosia Beetle” is a generic term that typically refers to a species of beetle that attacks trees by boring into the trunk and inoculating them with a pathogenic fungus. The term may be used to refer to beetles in a variety of genera, including Xyleborus, Xyleborinus, Xylesandrus, Hypothenemus, Monarthrum, Euwallacea, and others. There may be as many as 500 species of beetle in each of these genera, making specific classification exceedingly difficult.
Sixty million years before humans developed agriculture, three groups of insects had evolved the ability to grow fungi as a food source. A University of Texas study points out that some of the most ubiquitous insects of today, ants, termites and ambrosia beetles, became “dominant players in natural ecosystems” due to their ability to cultivate their own food (Mueller and Gerardo, 2002). The ambrosia beetle uses a specialized organ on it’s abdomen to store and transport fungal spores. When a female beetle finds a suitable host, she excavates a small (2-3mm) hole through the bark and deep into the trunk or buttress roots of the tree. Once inside, the beetle plants a species of the ambrosia fungus, which provides its food source. A common misconception is that the excavation of galleries in the trunk is the cause of tree death. In fact, the real problem is the ambrosia fungus. As it grows, the fungus clogs up the conductive xylem of the tree, limiting water and nutrient movement into the canopy. To compound the problem, the successful ambrosia beetle will emit pheromones that attract additional beetles to the tree.
Native species of ambrosia beetle have long been detrimental to cut lumber production. Excavated galleries, and the introduction of ambrosia fungus compromises the strength of the wood. However, several specialized markets have emerged for the wood. “Ambrosia maple” has become a prized commodity for instrument makers and woodworkers, and the most highly valued of this wood may fetch hundreds of dollars per foot.
More recently, exotic species of ambrosia beetle have become a significant pest in nursery production. Many newly introduced species attack 1 to 4 inch caliper nursery stock. Arborists are beginning to realize that, due to the virtually limitless variety of exotic species, the beetles are quickly becoming a leading pest of mature landscape trees as well. As opposed to the native species of beetle, many of the exotic species are aggressive pests of mature oak, hickory, beech, maple and other trees. Four particularly damaging species were discovered in coastal areas of the southeast U.S. in 2004, Xyleborus similis, Xylosandrus mutilatus, Euwallaceafornicatus and Xyleborus glabratus, which are expected to spread due to the virtual impossibility of quarantine.
Research projects, including the study at Piedmont Park, indicate that less-aggressive native ambrosia beetle species are continually being displaced by exotic species in North America. A 1995 Canadian Forest Service study found that non-native species accounted for 87 percent of all beetles captured in British Columbia.

Species at Piedmont Park
The trapping of ambrosia beetle in Piedmont Park through the growing season of 2005 yielded a total of 1,178 identified beetles. Of these, dozens of species were identified, most in very small numbers. The two most common species were non-indigenous exotic species that constitute 79 percent of the total number of beetles collected.

Xyleborinus saxensei is commonly called ‘Asian Ambrosia Beetle’ and ‘Lesser Shothole Borer’. This exotic species originates in Europe and Asia, and it is believed that it has been active in the southeast U.S. for several decades. X. saxensei is known to breed in any woody plant, including oak, maple, pecan, sweetgum and magnolia, as well as fruit trees.

Xylosandrus crassiusculus is commonly called ‘Asian Ambrosia Beetle’ and ‘Granulate Ambrosia Beetle’. This species is native to subtropical regions of Asia, and is known to attack more than 200 species of tree in 41 families. X. crassiusculus breeds in living trees and is most commonly found very close to the ground, in buttress roots and just above the root collar. One characteristic of the species is an emergence very early in the year. In the Southeast, the beetle may be active as early as mid-February.

Dryoxylon onoharaensum is a relatively newly discovered species, first identified in North Carolina ten years ago. Although the species only accounts for 1.1 percent of collections at Piedmont Park, it is noteworthy because of its very aggressive behavior. D. onoharaensum is expected to continue to spread throughout the southeast, and as it does it may become a significant pest of mature trees.

Control
Due to the variety of beetle species and the variability of their attack patterns, control of exotic Ambrosia Beetles can be challenging. Species like X. crassiusculus attack the basal root flare of mature trees, while the less destructive X. compactus prefers small twigs in the canopy. Additionally, many species may be active as early as Feburary in the southeast, and persist through the mid to late fall. Anecdotal evidence from arborists in the Atlanta area indicates that during warm winters, small numbers of beetles may be active year-round.
Large properties, with heavy use like Piedmont Park, offer additional challenges for control. An integrated pest management (IPM) approach provides cost-effective control in these cases. The focus of IPM is to promote overall tree health, maximizing natural defenses against attack, while utilizing chemical control only where necessary.
The first step in an effective IPM program is to inventory mature and high value trees and to determine their health and susceptibility to attack. Factors such as compaction, root damage, moisture stress and mechanical wounding should all be considered. Additionally, symptoms of root rot and phytopthora cankering on tree trunks will be noted. Often, traps will be utilized to monitor the activity of ambrosia beetles and assist in determining the timing of control treatments.
Following an inventory, IPM practices are enacted. Treatments to reduce stress on mature trees include mulching and fertilization based on soil nutrient analysis. In times if drought, supplemental watering will reduce moisture stress. Additionally, soil treatments such as Root Invigoration promote root growth by mitigating the negative effects of compaction. For trees that suffer from phytophthora root rot and trunk cankers, treatment with an approved fungicide is recommended.
In many cases, it is necessary to apply control treatments to susceptible trees. Research indicates that Bifenthrin at a rate of 32oz/100 gallons will prevent most beetle attacks. Permethrin also appears to have repellant properties, although this material does not persist as long as Bifenthrin. Endosulfan and Chlorpyrifos exhibit variable efficacy. Fenpropathrin, Acephate and Cyfluthrin show no effect. Ambrosia beetles do not feed on tree tissue, and damage to the tree is caused by the inoculation with ambrosia fungus, therefore systemic insecticides may have little or no effect. Insect repellant trunk applications remain the most effective control.
As more studies like the one at Piedmont Park are conducted, it may become easier for property managers and arborists to anticipate ambrosia beetle activity and prescribe timely treatments. Applications of Onyx will provide control for 90 to 120 days. Often, budget constraints or property use limit the number of applications possible, and in this case the most cost effective control will be achieved with one application in mid-February.
Finally, monitoring of trees should be conducted as frequently as possible. If an ambrosia beetle attack is identified, the affected tree should be removed as soon as possible as a sanitation measure.

Conclusion
The importance of trees in urban areas becomes more evident as populations grow and homeowners continue to recognize the value of urban green space. Numerous studies highlight the value of trees, which reduce air pollution, control erosion, improve property values, reduce crime, and provide health benefits. At the same time, construction, development and the introduction of exotic insect and disease pathogens increases the risk of tree loss. The responsibility of maintaining the grounds and mature trees at Piedmont Park is a challenge. Exotic species of ambrosia beetle are a significant pest of mature trees in Piedmont Park and throughout the southeast U.S. Careful planning, communication and integrated pest management solutions can be effective in limiting, but not eliminating, the loss of susceptible mature trees.