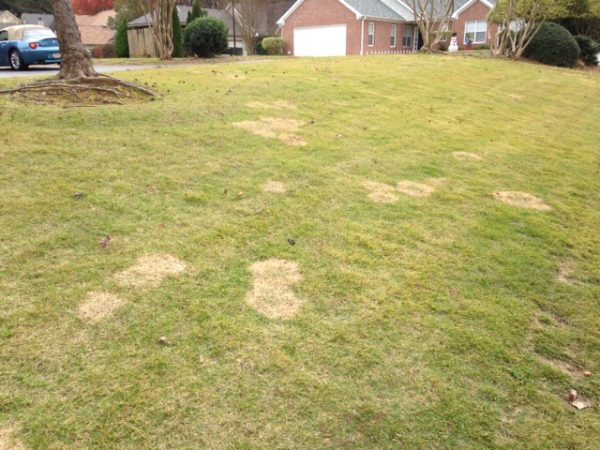 Q: I found this spider under a rock at my house. I think it’s a black widow but it hasn’t got the well known hour glass design on its belly. I just put the rock back in place and let it go its merry way. Is it a black widow?

A: Nature lover Theresa Schrum says: “Yes, I would say it’s a black widow spider, although this one has the markings of a male – and males have no venom. The key identification is the black body with the bulbous abdomen and red markings. Males are known for yellow banding and red marks on the back and no hourglass on the abdomen.

“Only the female is venomous but rarely bites and only when disturbed or threatened. All are very beneficial in the garden. I’m glad he held still long enough for your nice photo.

“My advice to you….and I have been bitten before….is to make sure you wear gloves when handling items that have hidden crevices. Also make sure you check the insides of empty containers, cans, shoes, gloves, etc. before reaching in. Black widows (male and female) are nocturnal but hide during the day in dark places and cracks.

“My own bite came from the underside lip of a Rubbermaid trash can which I grabbed and inadvertently got a handful of black widow – not her fault. The bite itself was noticeable but not overly painful. The five days of fever and muscle aches were a bummer, but I never felt as though I needed emergency medical attention.

“BTW: You should see the scar on my leg from a brown recluse spider bite!”