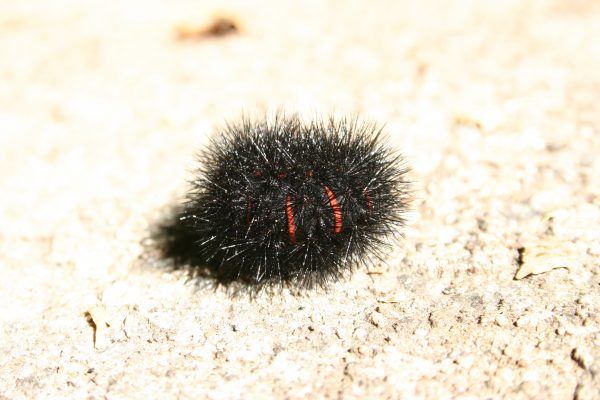 Q: What is this fuzzy caterpillar? My Dad and I found it in some flowers.

A: It’s a wooly bear, the caterpillar form of a leopard moth, Ecpantheria scribonia.

Despite its fierce name, the leopard moth does not bite…but it has beautiful spots on its wings.

Likewise, the wooly bear caterpillar is not harmful. It does little damage to landscape plants.

You can see the red rings around its body, which distinguish it from the common banded wooly bear caterpillar, which has a wide orange band in the middle of its body and which turns into an Isabella Tiger Moth, Pyrrharctia isabella.

I’d release the caterpillar back where you found it so it can hide in dead leaves, hibernate over winter, and emerge in spring as a beautiful moth. 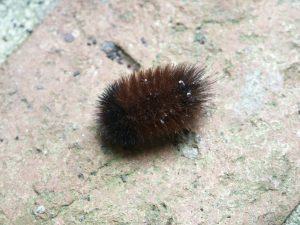