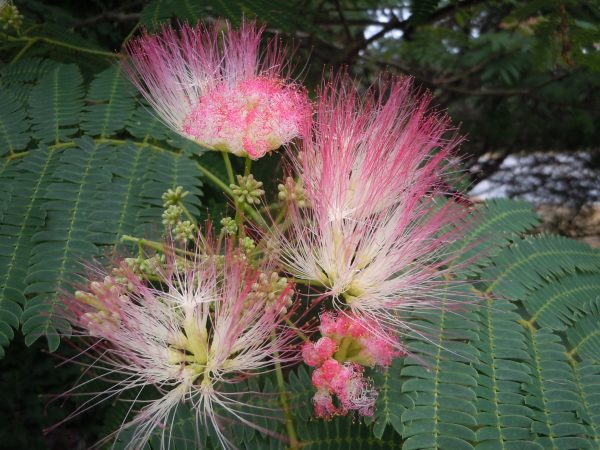 Q: This is my brother’s mimosa tree in Corpus Christie TX. They had temperatures in the low 20’s there. It’s producing some sort of sap which he says it has never done before. Is this significant or does it not bode well?

A: He has Fusarium oxysporum f.sp. perniciosum, all thirteen syllables of it! Good thing it has a short name: mimosa wilt. This disease is the major factor in the short lives of local mimosa trees.

Symptoms of mimosa wilt include leaf yellowing and leaf wilt in midsummer, after which many leaves may yellow and drop without wilting. Some trees die within a few weeks after first wilting, but most die branch by branch over several months. Almost all infected trees die within a year of first wilting. Brown streaks develop in the roots on the side of the tree where branches first begin to wilt.

Once the stem is defoliated, the fungus grows from the wood into the bark and produces orange to pinkish fruiting bodies on the bark surface. Fruiting bodies can survive up to two years on a dead trunk. Spores wash off in irrigation or rain water, and can be transported long distances by surface water and contaminated soil in nursery containers.

There is nothing you can do to treat the disease. Remove branches as they die and remove the tree when it becomes too ugly to look at. 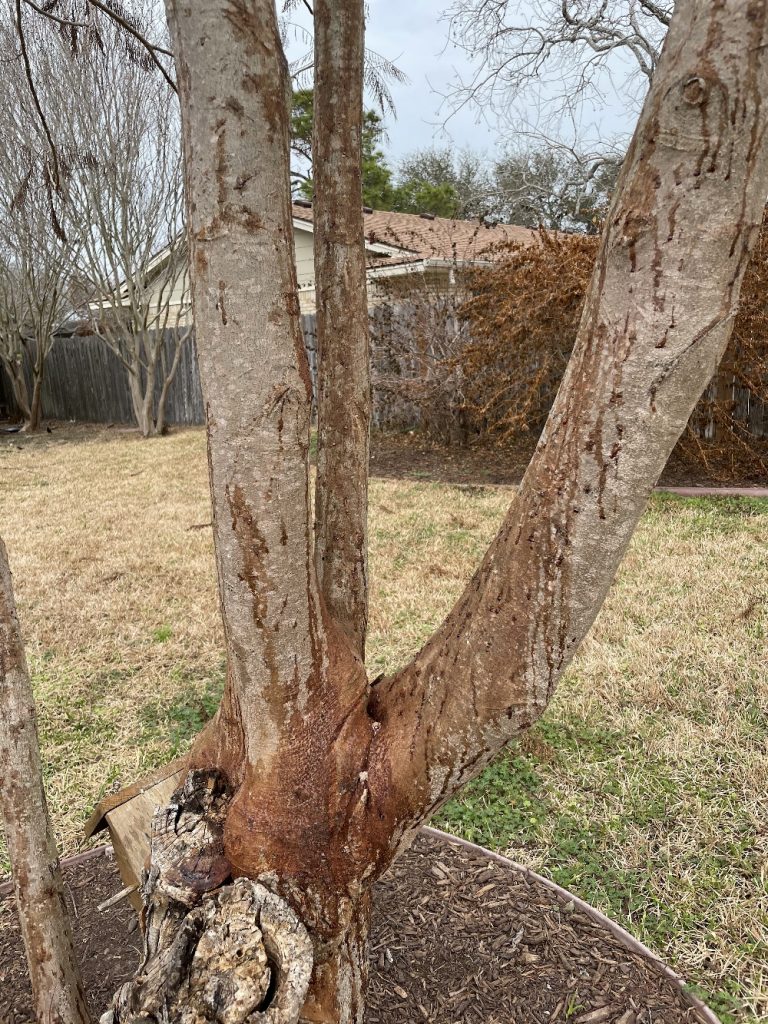 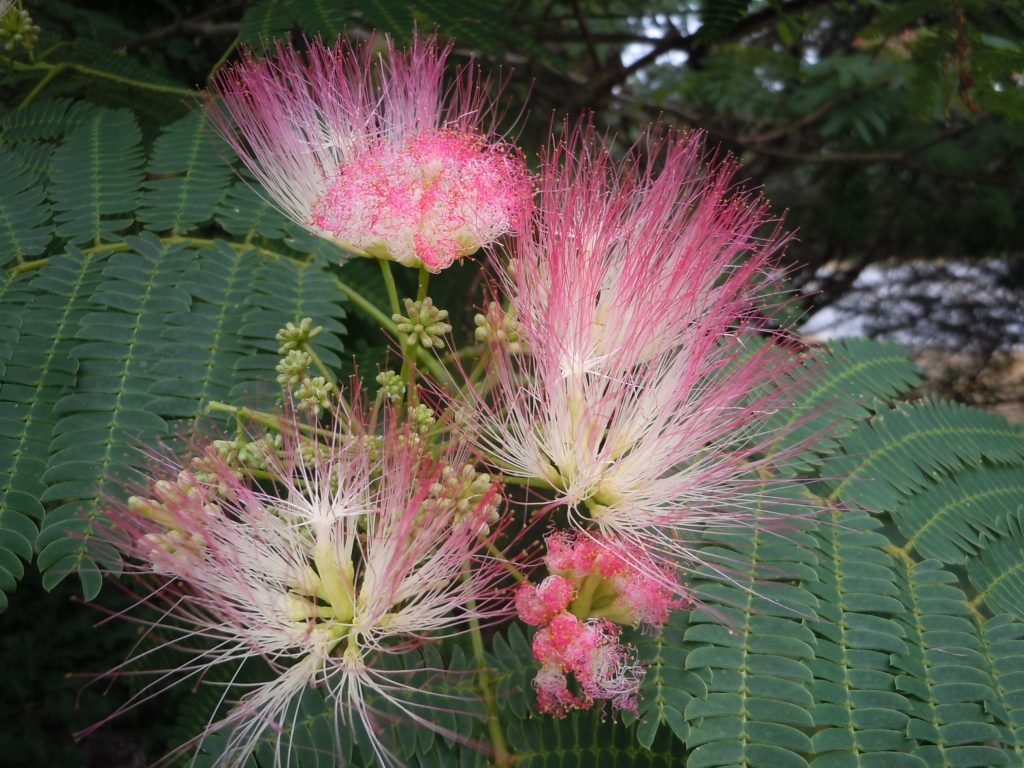