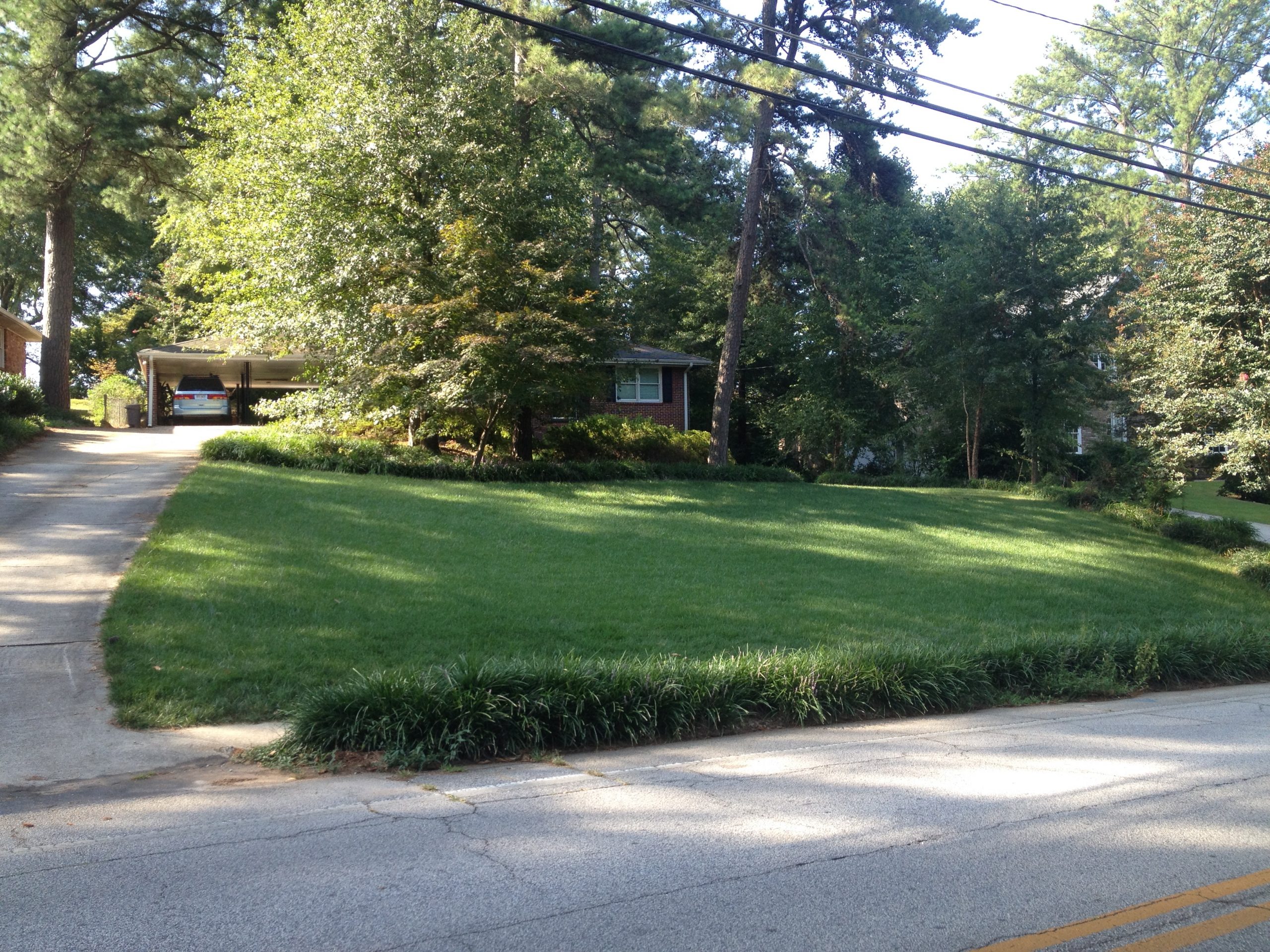 As landscapes mature, lawns which were once sun-drenched gradually turn shady. Grass near trees begins to thin and shade-loving weeds, such as violets, begin to encroach. Some kinds of grass are naturally sun-loving – they have a hard time growing in more than light shade. Other grasses tolerate shade and can effectively compete with weeds.

Fescue grass is the most shade tolerant turf. But even fescue can not grow in the dense shade under dogwood trees or closely spaced hardwood trees. If you are determined to plant fescue in the shade, these tips will help it survive:

• Seed or overseed each fall, using six to eight pounds of seed per thousand square feet. Put out the seed before October: the ground is warmer and roots will grow faster.

• Apply LESS nitrogen fertilizer to shady areas. Nitrogen promotes leaf growth – at the expense of root growth – and the plant will need as much root growth as possible to exist in the shade.

• Mow HIGHER in the shade. Mowing at 3 1/2 inches instead of 3 inches allows more sun-catching leaf surface to gather energy.

• Water whenever the ground is dry – even if this happens in January or March.

Fescue is sometimes sold combined with creeping red fescue or bluegrass. While the other grasses are very shade tolerant, they find difficulty surviving hot summers or foot traffic. Any of the turf-type fescues are good to use in shady zones.

Q: Which is the best fescue seed for a shady spot? Doesn’t someone test them for shade tolerance?

A: The dean of fescue variety testing in Georgia is Dr. Clint Waltz at the University of Georgia College of Agricultural and Environmental Sciences Griffin Experiment Station. He compared dozens of fescues over several year’s time to determine which do best under Georgia conditions. While some fescues are a bit more shade tolerant than others, Dr. Waltz says that the way you manage your shady lawn is more important than which fescue you use. A shade tolerant fescue is one that has deep roots. If you dig your soil six inches deep before planting, any of the commonly available turf-type fescue varieties will do their best in shade.

Why choose a fescue blend