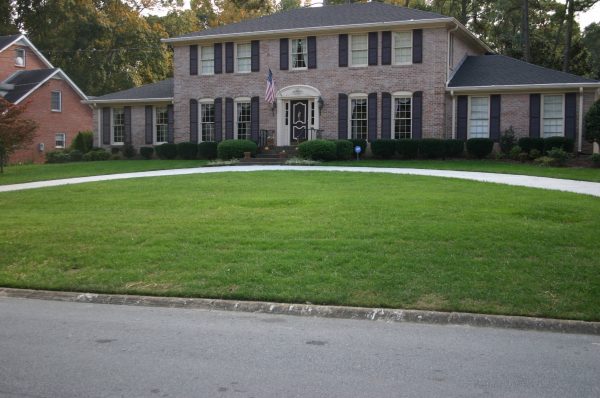 There are several different varieties of fescue lawn seed available. Kentucky 31 fescue was originally used as a pasture grass. It can make a marginally acceptable lawn grass but it tends to become thin and clumpy over a few years time.

A better choice is to use one of the improved turf-type fescue hybrids. Several, such as Rebel, Plantation, Tribute, and Triumph are available. Blends of turf fescue seeds such as Smart Seed, Pennington, Rebel Supreme and Atlanta Blend are also common at garden centers.

No matter what the name, the improved fescue varieties generally perform better than Kentucky 31. There may be slight differences between the improved types but all of them will perform acceptably. All of the fescue grasses can withstand weeds, shade and drought if they are taken care of properly. None will solve existing fescue management problems.

Good care includes having the soil tilled before planting, fertilizing at the right time, mowing at the right height and watering when needed. If these practices are not followed, all fescues will become thin over time. This can be remedied by overseeding the fescue in the fall.

“I learned several years back that releasing a ranking of tall fescue cultivars is fairly useless. Without a question there are some cultivars that do perform better in our climate than others, but other issues come into play.

First is availability. Just because the cultivar does well, that does not mean there is enough to sell or that it is commercially available. It got frustrating telling consumers, especially homeowners, about good grasses to have them comment, “I can’t find it”.

Second, most tall fescue is sold in a blend and that blend is determined by the seed company. Different companies have their own proprietary blend, so no two blends are the same. Likewise, trademark names (e.g. Water Saver Tall Fescue) may not have the same cultivars in the blend from one year to the next. I like to visit big box retail stores and read seed tags and it is common for the blends to have one or two cultivars that have performed well in my trials. The remainder are OK grasses…… which leads to the third point:

The gap between the good, better, and best tall fescue cultivars has narrowed in the last 10 years.  In general, the new cultivars have fine leaf texture, dense canopy density, a genetic dark green color, good drought and heat tolerance, and resistance to disease. Unless the grasses are side-by-side, you would be hard pressed to tell the difference. If a blend has a one or two upper-end cultivars and is supported with one or two marginal cultivars, it is unlikely to be detectable in the homeowner lawn. As the marginal grasses improve, even marginal can be better than acceptable.

Most blends are satisfactory, and may actually be superb, for Georgia. There is no need to get wrapped-up in which cultivar is best.