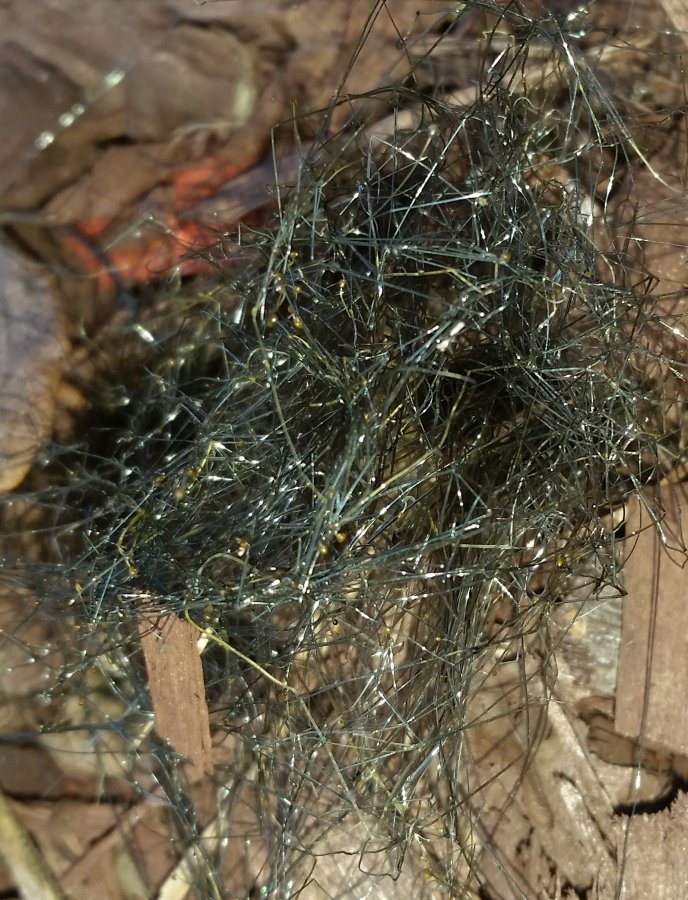 Found this grass-like organism in the mulch up against my house in garden planter. When I first seen it I thought it was some sort of fake grass like the type that is used in Easter baskets, as if it had blown out of neighbors trashcan. However, I went to pick it up and to my surprise it was firmly attached to what possibly appears to be some buried dog food or dog poop that had molded over. Not sure if the white mold and the green grass-like stuff are connected. Pic 2 is after pulling it up.

There are no comments yet.